At long last, Dell is one big happy family 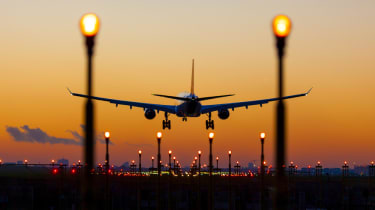 Never let it be said that I can't admit when I'm wrong: before I flew out to Las Vegas for this year's Dell Technologies World show, I wrote that this year's conference may be a safer and less surprising show than last year's, as it's the first one since the company rejoined the public market and thus became beholden once again to the whims of shareholders.

Now we've come out the other side, I think I can say with some degree of confidence that this most certainly was not the case. Over the last three days, CEO Michael Dell has announced a raft of ambitious additions to his company's portfolio of products and services, swinging for the fences with offerings like data centres-as-a-service, numerous hardware updates and a new collection of cloud-adjacent services.

The most persistent connection between all of the announcements made at the show was that the vast majority of them were powered or enabled in some way by VMware. For the past three years, VMware hasn't had an overwhelmingly large role in Dell's show, saving most of its announcements and updates for its own event in August. This year, however, a huge part of the conference was given over to Dell-branded solutions that relied on VMware technology.

To me, this indicates that the two companies are finally starting to operate in true alignment, which is interesting for a number of reasons. Dell and VMware have an unusual relationship; the virtualisation firm joined Dell as part of the merger with EMC, becoming one of the seven businesses that make up the 'Dell Technologies' umbrella brand. However, it's still a publicly-traded company; Dell (the company, not the man) is the majority shareholder with 80% of the stock, but it's not the sole owner which means it doesn't have absolute authority over the decisions made by CEO Pat Gelsinger.

In the past, this has led to what has felt at times like a battle of wills between the two companies. Dell's messaging has focused on pushing the entire family of companies as a cohesive whole, but Gelsinger has seemingly made a point of distancing VMware from this notion to some degree. This week was an exception to this pattern; although there were still elements of tension between the two stances, it felt for the most part like VMware was singing from Dell's song-sheet.

The result is a series of deep and powerful integrations between Dell EMC hardware and VMware software that make Dell an even bigger force to be reckoned with. Given the crucial role VMware plays in most data centres, ensuring that Dell's infrastructure is optimised for VMware (and vice versa) makes it a very compelling proposition indeed.

On the other hand, arguably one of the most significant announcements of the week had nothing to do with Dell. Microsoft CEO Satya Nadella joined Dell and Gelsinger on stage to reveal that full, native VMware support will be coming to Azure. It's one of a scant handful of times that all three executives have appeared onstage together and while the news itself is important enough - it means that Google Cloud Platform is essentially the only type of infrastructure that doesn't support VMware, for one thing - it also indicates just how far Microsoft has come in its efforts to shed its previous mentality of self-sufficiency and adopt a new partner-friendy ethos.

All in all, this year's Dell Technologies World looks like a rather successful one, showcasing an impressive array of new developments but also a confident and unified company that's boldly pursuing its goals and setting out its stall as one of the biggest names in future-proof infrastructure.