Government Digital Service missed every single one of its performance targets for the online programme, according to report 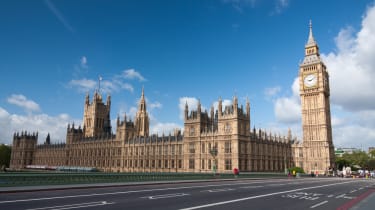 The government's problematic digital ID system, Verify, "is failing its users and struggling to meet key targets" according to a report by MPs.

Although the online identity service has been live since 2016, MPs from the public accounts committee have lambasted the scheme for missing all of its performance targets and failing to deliver value for money.

Verify was launched by Government Digital Service as a cost and time-saving system aiming to tackle fraud. It was supposed to be a universal platform to allow people to prove their identities prior to using any government service.

But a National Audit Office report, published in March, exposed how the system was not on track to meet its target for signing up members of the public and also for not enrolling government services.

For cost saving, the scheme also fell significantly short of the initial 873 million that was estimated when its business case was put forward in 2016. Despite this, a spokesperson for the Cabinet Office told Sky News: "Verify has saved taxpayers more than 300m and is a world-leading example of how to enable people to use services securely online."

But, MPs have hit out at the 'easy to use' scheme, saying it's been very problematic for individuals claiming Universal Credit, which make up the majority of Verify's users.

According to the committee, just 38% of Universal Credit claimants can successfully use Verify when applying for the benefit, which has been dogged by allegations that it has failed the most vulnerable in society.

"Three years after GOV.UK Verify was introduced, the system is failing its users and struggling to meet key targets," said the committee's chair, MP Meg Hillier. "Key government departments do not want to use the system and members of the public are facing problems signing up.

"Once again, the government has not delivered on a project that was over-ambitious from the start. This is a verdict the Public Accounts Committee are making all too often on large government projects."