Huawei confirms its entrance into the database market 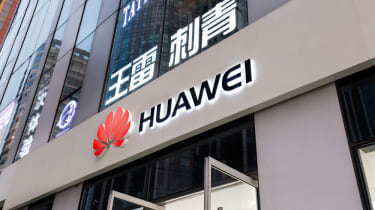 Huawei will officially unveil its new AI-driven database product this week, with many suggesting it is preparing to take on the likes of Oracle and IBM.

The invites sent out to the event - which is being held at its Beijing campus - give very little detail with regards to the company's announcement, simply referring to the launch of "the world's first AI-native database".

We do, however, know that the database will support x86 and Arm-based processing architectures and will utilise GPUs and Neural Processing Units (NPUs). This indicates that it could be made available as a database-as-a-service on Huawei's public cloud.

A Huawei spokesperson said that the company will initially target the domestic market where it has a better chance of attracting customers, according to The Information.

Huawei unveiled its first AI chip for data centres which many thought could be a potential challenger to Nvidia's.

Huawei's public cloud is globally available but doesn't command any significant market share. However, the company's incremental announcements in the database space over the past year could signal a potential shift in efforts to grow its cloud business.

At a press briefing earlier this year, a Huawei spokesperson told IT Pro that its cloud arm only accounts for around four percent of the company's entire business and explicitly said that it had no intention in taking on the big bulls of the pen AWS, Azure and Google Cloud.

Huawei is entering a market domineered by some of the biggest names in the game. IBM, Microsoft, Oracle and SAP all offer database services, but the firm is going in swinging with the world's first AI-native database, which will have machine learning capabilities, too.

The company began its smartphone supremacy by taking command of the domestic Chinese smartphone market before expanding to the worldwide wunderkind it is today.

A trend in Beijing is emerging whereby domestically developed technology is being favoured over international imports. The US-China trade war is still ongoing with no sign of letting up, President Trump has said that trade wars are "good and easy to win" - something that is disputed by most economists.

Trump slapped at 25% tariff on all imports of Chinese networking equipment last week, which will hit Huawei hard and some critics say that the move will hamper the development of 5G.

The issue of security also hovers over Huawei as it's currently entangled in allegations about the security of its telecoms infrastructure.