UK firms at risk of revenue loss without AI 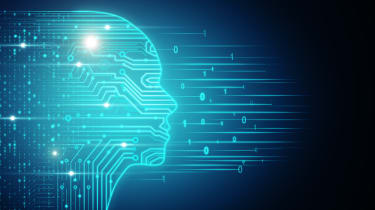 UK companies that are too slow to adopt artificial intelligence technology are at risk of losing 20% of their cash flow, according to McKinsey Global Institute.

New figures released by consultancy firm's research arm claimed that the UK's economy could be boosted 22% by AI alone on the next decade, with fast-moving businesses potentially growing 120% if they invest in AI tools. It claimed the UK is "potentially more AI-ready compared with the global average", but could miss out on the opportunity if investment does not occur.

"The United Kingdom has impressive pockets of innovation but is failing to scale to business more broadly," the report stated.

Google's DeepMind AI division was cited at an example of these innovation pockets, with McKinsey suggested that companies can replicate by achieving growth through AI by offering it at scale, investing in talent and forging links between cutting-edge research and commercial success.

However, a big obstacle for AI growth has been finding talent, the so-called 'brain drain', where Silicon Valley raids the UK's top universities for top graduates.

Last year, research from Nesta suggested that advanced technologies, such as AI, and the ongoing Brexit negotiations, could mean the UK faces a skills shortage.

To uncover what talent the country lacks most, the innovation foundation created the UK's first publicly available data-driven skills taxonomy, to classify and map which industries and jobs will need more training and recruitment.

The Open University estimates that skill shortages cost the country 2 billion a year in higher salaries, recruitment costs and temporary staff - and the research by Nesta suggested that situation could get worse if the country cannot get the best deal from Brexit or keep up with advancing technologies.