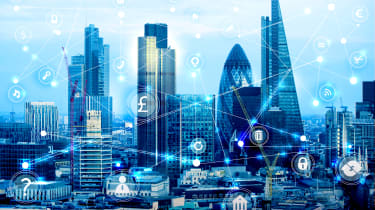 The British tech sector has already racked up greater foreign investment in the first seven months of the year than it did for the entirety of 2018.

A total of 5.5 billion worth of foreign investments were made in UK tech between January and July, a figure up 43% from the same point last year according to research from the UK Digital Economy Council and Tech Nation.

The majority of the investment came from firms based in the US and Asia, which the report believes is due to the attractive billion-dollar UK tech companies such as OVO Energy and Deliveroo. However, the weak pound, which has been steadily losing value against most global currencies, including both the US and Canadian dollars, the Euro, the Japanese Yen and Chinese Yuan, since May this year.

The top 30 of these tech companies that have attracted the most foreign investment include Starling Bank, Skyscanner, Darktrace, Checkout.com, which have collectively created more than 5,000 UK jobs in digital tech and other roles such as HR and marketing.

"These fantastic figures show the confidence overseas investors have in UK tech with investment flows from the US and Asia at an all time high," said Nicky Morgan, secretary of state for Digital, Culture, Media and Sport.

"We have a longstanding reputation for innovation and the statistics endorse our reputation as one of the best places in the world to start and grow a digital business," she added.

The figures announced today means the UK has now overtaken the US in terms of foreign tech investment and signals that the country's developing industry is attracting top talent and producing impactful tech innovations.

"With the exception of Germany, this surge in foreign investments from US and Asian investors is higher than the amount received by the whole of the rest of Europe," read the report. "Since 2013, this takes the total amount of money put into the sector by US and Asian investors to $14.6 billion compared to a respective $6.5 billion and $2.5 billion into Germany and France."

When divided by region, domestic funding still takes the majority share at 37%, with the US and Canada providing 30%, Asia 16% and the remaining portion coming from other foreign and European countries.

The range of investment sources and types of investment indicates a period of stability for the UK tech market. By seeing venture capital, growth equity and investments in startup fundraising rounds at various stages, the worldwide interest indicates the UK's tech sector could see a strong few years ahead of it.

"It is incredibly gratifying to see that in addition to domestic and European investors, British tech innovators are also attracting US and Asian investor attention and allocation," said Eileen Burbidge, chair of Tech Nation.

"The fact that this is growing is a testament to the strength and depth or our entrepreneurial talent, coupled with the dynamic and deeply engaged ecosystem that has been established here in the UK," she added.