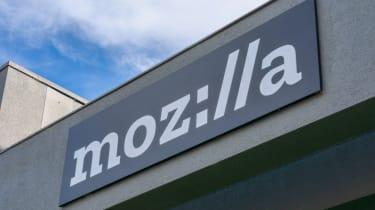 Chris Beard will step down as CEO of Mozilla Corporation towards the end of 2019 after more than five years at the organisation's helm.

Beard has been part of Mozilla for more than 15 years, barring a short period in 2013, and was appointed interim CEO in 2014 following the departure of his predecessor in the role Brendan Eich.

He will continue to serve as an advisor to the Mozilla board after leaving his post and will remain as CEO during a transition period in which his replacement is found, according to the company.

Executive chairwoman of the Mozilla Foundation Mitchell Baker has signalled she is prepared to step in as interim CEO beyond 2019 if this search is unsuccessful.

"Looking back it's amazing to reflect on how far we've come, and I am so incredibly proud of all that our teams have accomplished over the years," Beard said.

"We are conducting a search for my successor and I will continue to serve as CEO through that transition.

"If the search goes beyond the end of the year, Mitchell will step in as interim CEO if necessary, to ensure we don't miss a beat. And I will stay engaged for the long-term as advisor to both Mitchell and the Board, as I've done before."

Shortly before Beard was appointed, Mozilla's former CEO found himself at the centre of a political storm surrounding his opposition to gay marriage during a period that proved tumultuous for the internet giant.

His tenure has seen several changes to the key products and technologies marketed by the firm. For instance, in recent months, the company has pivoted its flagship Firefox browser to be more privacy-centric, while also making plans to radically refresh its long-neglected Thunderbird email client.

"Chris' tenure has seen the development of important organization capabilities and given us a much stronger foundation on which to build," Mozilla's Mitchell Baker said.

"This includes reinvigorating our flagship web browser Firefox to be once again a best-in-class product. It includes recharging our focus on meeting the online security and privacy needs facing people today.

"And it includes expanding our product offerings beyond the browser to include a suite of privacy and security-focused products and services from Facebook Container and Enhanced Tracking Protection to Firefox Monitor."