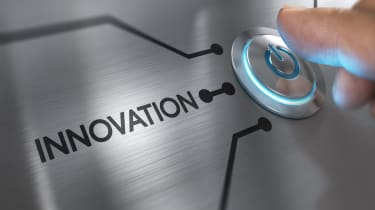 Up to 100 million is being poured into researchers and small businesses as part of public sector efforts to invest in emerging technologies like artificial intelligence (AI).

The government's Future Leaders Fellowships scheme will receive 78 million to be invested in 78 researchers to work on scientific and technological discoveries.

The remaining 20 million will be allocated to universities to support small businesses in rapidly-growing industries including AI, but also areas like clean growth and agri-food.

The 20 University Enterprise Zones (UEZs) will provide specialist support to small businesses and raise the level of knowledge-sharing between academics and entrepreneurs through frequent collaborations.

Through these UEZs, startups and small businesses will be given the facilities and expertise to help take their ideas through from a concept into the production and marketing stages.

These programmes will run across the UK in cities like Exeter, Falmouth, and Durham, not just London, with the government hoping this regional diversity will lead to several improvements to local economies.

These packages are part of the government's UK Research and Innovation (UKRI) programme, which has seen various sums allocated to boosting aspects of tech growth in recent months.

The NHS, for example, this month received 69.5 million to fund four projects that involve developing therapies and technologies to treat genetic mutations that predicate life-threatening conditions like cancer and arthritis.

The UKRI programme even funded three R&D projects in Bristol with a 50,000 round of investment in March this year.

"UKRI is committed to creating modern research and innovation careers and our Future Leaders Fellowships aim to support and retain the most talented people, including those with flexible career paths," said UKRI chief executive Professor Sir Mark Walport.

"These 20 University Enterprise Zones funded by Research England will be important focal points for collaboration in business-friendly environments, driving innovation and delivering benefits that will be felt across economies at the local, regional and national scale."

The largest recipient of the 20 million UEZ fund is the University of Southampton, which will use a 1.5 million boost to fund the Future Towns Innovation Hub.