Coworking startup says it will regroup and try to list again, but needs to find funding first 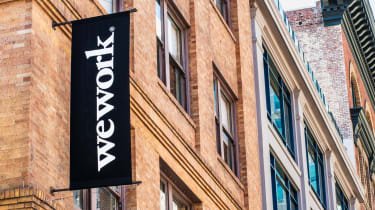 The IPO of WeWork, expected to be one of the biggest of the year, has been shelved indefinitely after weeks of chaos that's seen its founder depart as CEO.

WeWork was supposed to hit the market by the end of the year, with high hopes for the coworking office space startup valued at $47 billion earlier this year, following investment from SoftBank. Instead, WeWork formally scrapped any immediate plans to go public.

"We have decided to postpone our IPO to focus on our core business, the fundamentals of which remain strong," WeWork's newly named co-CEOs Artie Minson and Sebastian Gunningham said in a statement. "We are as committed as ever to serving our members, enterprise customers, landlord partners, employees and shareholders."

They added: "We have every intention to operate WeWork as a public company and look forward to revisiting the public equity markets in the future."

Withdrawing the listing plans gives the startup's new leadership time to sort out the governance and financial issues that became clear after WeWork filed its IPO in the middle of August. Indeed, the trouble with the planned IPO became clear with the prospectus, the release of which sparked scepticism about the company and its finances, with one analyst calling the document a "masterpiece of obfuscation".

The prospectus filing revealed that WeWork was actually burning through cash at a rate of $700m a quarter. WeWork's parent firm, We Company, reportedly had cash reserves or equivalents of $2.5bn (2bn) as of mid-summer, and had doubled its revenue to $1.8bn last year. However, it's losses had also doubled, topping $1.9bn. To make matters worse, Wall Street Journal reporters revealed Neumann had taken $700m out of the company just before the IPO was planned.

That was followed by news of job losses at the company, with reports that Neumann fired 7% of staff in a night-time meeting in 2016 in order to cut growing costs but immediately followed that announcement with shots of tequila for remaining staff and a performance by Run-DMC's Darryl McDaniels. Reports also suggested Neumann had banned expensing any meal with meat, that his wife had employees fired if she didn't like their energy, and that Neumann was busted with marijuana on a private jet.

After those reports, Neumann departed the company. "While our business has never been stronger, in recent weeks, the scrutiny directed toward me has become a significant distraction, and I have decided that it is in the best interest of the company to step down as chief executive," he said in a statement provided to press last week.

The financial woes haven't ended with the IPO or Neumann's departure. WeWork's new executive team will now be scrambling to find fresh funding, as an expected $6bn loan was tied to the IPO. Sources speaking to Reuters suggested the company faces more job losses and could moderate its expansion to slow its spending, in hopes of not running out of cash.

The WeWork debacle highlights the growing challenge of listing on the stock market for tech companies this year, after Uber's shares fell immediately after its IPO and have struggled to regain ground. Lyft and Slack have both traded well below their list prices.