What are the best cities in the UK to live and work in?

It’s often the case that where we live is dependent on the type of career we commit to. Although you might find that some industries have most of their job opportunities clustered around major cities, not every city is equal in the support they provide. London might be the destination you have in mind for your next job, but if you’re after something specific, such as availability of super fast broadband or burgeoning smart infrastructure, there are parts of the UK that offer a far better quality of life.

Hull: The fastest broadband speeds in the UK 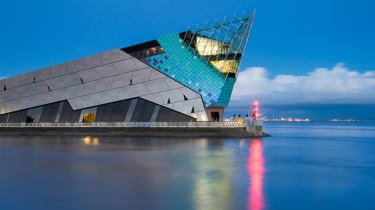 Following a full fibre rollout that cost the city in excess of £85 million, Hull has hit the top of the leaderboards for fastest possible broadband speeds. And we mean fast, with possible speeds of just under 1 Gbits/sec for over 200,000 homes and businesses, thanks largely to the full fibre to the premises (FTTP) service offered by KCOM.

That’s particularly impressive given that Hull was ranked one of the worst cities for broadband as recently as 2016.

However, the city is unlikely to hold onto this spot for much longer, as CityFibre recently revealed that a further 62 cities and towns across the UK would be serviced with full fibre by 2025, an investment estimated to be around £4bn. This is a phased rollout however, so some of those 62 locations are going to have to be patient, but 12 of them will likely be connected with full fibre by as early as next year.

Reading: A magnet for technology companies 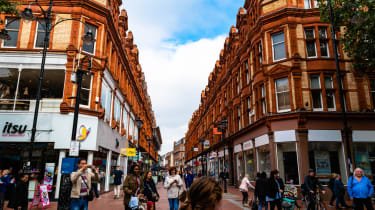 Although Reading is usually associated with music festivals, it’s also emerged as one of the most popular destinations for major tech companies in the UK – around a seven times higher density than the national average. The likes of Microsoft, Oracle, Huawei, Intel, Nvidia, Sage, Symantec, Virgin Media, and Xerox are just a handful of tech companies that have built campuses in Reading and the surrounding Thames Valley area.

The city is also wonderfully placed to be close enough for a commute into London while also benefiting from easy access to Heathrow airport. This, coupled with a lower cost of living than the capital, has made it particularly attractive for graduate students. This is particularly true for those looking for roles in cyber security. 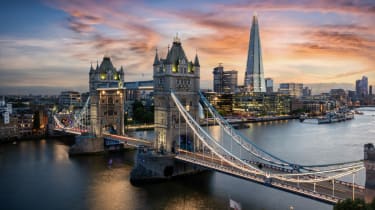 While London would rank highest on a number of metrics, the capital has for a number of years been the best city for tech startups, not just in the UK but the whole of Europe. It’s no wonder really, given its unrivaled access to talent, its wealth of technical expertise, and its role as one of Europe’s biggest transport hubs. In global terms, London is ranked joint third with Beijing for best startup hub, behind Silicon Valley and New York.

This has proved fertile ground for producing unicorns – businesses valued at $1 billion or more –  and around 35% of Europe’s tech unicorns have come from London. This is thanks in part to the city's enormous investor scene, with almost 4,500 of the UK’s 12,000 investment firms operating in London.

There were concerns that the UK’s departure from the EU could stifle growth and investment, particularly for London. However, the capital has consistently outperformed the rest of Europe in terms of funding, attracting £1.8 billion (of a £2.5 billion UK total) of venture capital investment in 2018, almost double that of its nearest rival, Berlin. 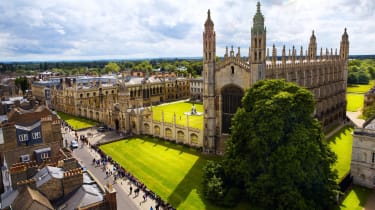 Cambridge has long benefited from hosting one of the most prestigious universities in the world, attracting a wealth of talent on that merit alone. However, as part of the so-called ‘Golden Triangle’ alongside Oxford and London, the University of Cambridge also receives the majority of state funding for research and development. In fact, in 2019, the city received four times the amount of tech investment per head that London did.

It’s perhaps unsurprising to hear, then, that Cambridge has become a hotspot for ‘deep tech’, or technology that is built from cutting-edge scientific research. The city has become renowned for its artificial intelligence research, receiving £2.2 billion in funding in 2019.

Cambridge is also a major contributor to the biotechnology industry, with 46 specialist companies now operating in the area, and the Cambridge Science Park, first built in 1970, now houses over 130 companies, including multinationals such as chemicals company Johnson Matthey and pharmaceuticals giant AstraZeneca. 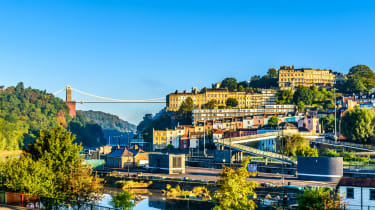 Although it’s been three years since it was crowned the UK’s smartest city, the Bristol area is still one of the best examples of smart technology in action. In fact, smart technology powers almost every aspect of the city’s functioning, whether it’s the integrated city monitoring system, the digital traffic management network, the Data Dome planetarium, or its 5G mesh network that’s transmitted using lampposts.

The city has also received praise for involving the general public in much of this work, including its ‘Damp Busters’ pilot that allowed people to build sensors in a bid to tackle issues of damp in their homes.

The city is also a major proponent of electric vehicle usage, being one of the first to install rapid electric charging points that recharge vehicles to 80% in around 20 minutes.

If that wasn’t enough, the city is also home to engineering excellence, including the Bristol Robotics Laboratory, which is one of the largest of its kind in Europe. 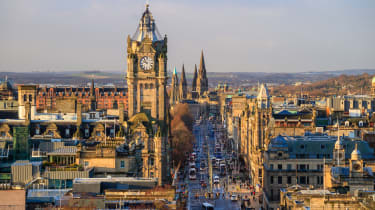 Edinburgh not only holds the title of being Scotland’s financial heart, but it also happens to be home to CodeBase, the UK’s largest tech accelerator. Founded in 2014, the CodeBase site, which operates as an affordable space to launch a startup, has expanded to support over 400 businesses.

The city as a whole has received a surge in investment over the past year as well, with venture capital up £50 million in 2019 alone, largely off the back of its growing AI, health tech, and fintech sectors. If you’re interested in launching a blockchain startup, Edinburgh is one of the best places to head to, although it’s just as good for ‘deep tech’ too.

It’s also worth mentioning that Edinburgh benefits from a wealth of other non-tech features too. A rich local history, a vibrant culture, and gorgeous vistas make the Scottish capital a worthy alternative to London.