View from the airport: Hitachi Vantara Next 2019 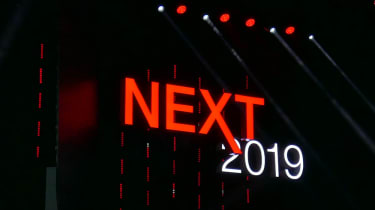 Hitachi Vantara Next this year has been an interesting experience. While the location was familiar (I've lost count of the number of times I've written the phrase "annual conference in Las Vegas" since I started at IT Pro), the event wasn't.

I'll admit I'm a bit of a newbie when it comes to Hitachi Vantara in that I have never attended Next before and I've written about the company quite infrequently compared to some of the other infrastructure companies out there. Nevertheless, I thought I knew what to expect and while I wasn't wrong as such it was a different affair to similar conferences.

For example, there was only one new product launched  the VSP 5000 storage array  and a handful of extensions to existing products including its Lumada suite and Cloud Migration and Application Modernization Services.

Really, the event focused more on Hitachi's vision for the future, both its own and that of tech more generally, with special attention given to AI and ethics.

During the first day keynote, we were treated to a presentation by technosociologist Zeynep Tufekci who warned of the problem of AI being a "black box" you put data in, you get answers and insights out, but how one is turned into the other is something of a mystery. This is especially the case in technologies like unsupervised machine learning.

One of the problems that can arise from this is the potential to reinforce inherent bias. Maybe you introduce an AI system to help with recruitment, thinking that it will also help speed up the process and maybe reduce discrimination because it's a machine choosing who gets through to the interview stage not a human.

But AI is only as good as the data it's fed, and if it's fed historical recruitment data from an organisation where people hired to senior positions have typically been older men, then it will just be more effective at picking out people from this demographic, because it reasons from the data that this is the type of candidate you want and any women or younger people have been aberrations.

Of course, AI can also be used for good. Hitachi Vantara is working with Rainforest Connection to identify the noise of chainsaws amongst the cacophony of the jungle to put an end to illegal logging.

More concretely, Brad Surak, the company's chief product and strategy officer, told me how Hitachi is itself using industrial AI and IoT in another part of its business to increase efficiency.

"In some of the control systems for machines can actually, you know, help those machines run longer before they break," he told me. "We have in a lab machine that as it wears out, its control system has some artificial intelligence inside of it that learns how to use the worn out parts to continue to produce quality products. It rolls a piece of steel through some metal rollers and as they wear out it normally would put some waves in the steel. But the machine can figure out 'Well if I can change how it rolls, I keep the output at the right quality. So now I don't have to replace those, those parts is as early as I would have had to'."

So what next, then, for Hitachi Vantara? The company is restructuring in January, which will see it merge with Hitachi Consulting and a new CEO is step in. While this may bring some changes, honestly I think at a product and strategy level the answer is probably "more of the same" more projects like Optimise Prime, more AI software and AI enabled hardware like VSP 5000.

This may sound like a criticism, but it's not. AI has only really started to make its way into mainstream use in the past couple of years so having adopted it into its product portfolio it would be strange for Hitachi to head off in a completely different direction. Indeed, I think this will be a solid trend in the storage and data centre industry in for at least the next three years, after which time it will just become an expectation, like a GUI on a consumer device.