Twitter is putting the public good before private profit

For once, social media is making a positive contribution to society 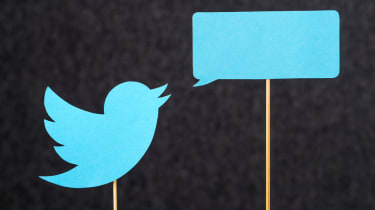 Twitter is a funny platform. That's often true in the literal sense I remember the days when most of Twitter was pun-based word games and absurdist humour but these days it's more funny-strange than funny-haha. It's a platform that a good chunk of its most avid users refer to as 'the hellsite' and not without good reason.

Twitter's popularity and reach have led to it becoming one of the most popular public forums in existence, but its whole short-message model is antithetical to context and nuance, and the public nature of interactions makes it the perfect breeding-ground for bullying, pile-ons and public shaming. It's hard to argue with the fact that Twitter has contributed noticeably to the growing toxification of both online culture and general society just look at the US president's Tweets.

As a tech journalist and one of the aforementioned avid Twitter users, it's not often that I get to say without any caveats or qualifiers that has improved the online world. This week, however, thanks to Jack Dorsey's announcement that Twitter will no longer be supporting paid-for political adverts on its platform, I can.

This decision comes amid a growing concern around the way certain politicians and organisations have been making use of the nakedly Orwellian targeting mechanisms built into online advertising tools to micro-target voters and sway them in certain directions. More specifically, it's a reaction to the multiple interwoven controversies surrounding Facebook advertising, from the role it played in the Cambridge Analytica scandal, to the Trump and Brexit victories, to its latest policy decision to completely abandon fact-checking on political ads.

Straight off the bat, it should be noted that the problems Facebook is battling namely that it's being used to spread disinformation and to micro-target voters in ways that are possibly illegal and definitely unethical don't affect Twitter to anything like the same extent. Instead, Twitter's main problems are the hordes of bots that are used by the intelligence apparatus of hostile governments like Russia to spread and amplify propaganda. However, as Dorsey noted, it's much harder to identify and address bad actors who are artificially amplifying their message if you also allow people to pay you money in order to amplify their message.

This is a concept that Facebook, and by extension founder and CEO Mark Zuckerberg, are evidently still struggling with. Zuckerberg has been repeatedly excoriated in congressional hearings over the company's attitude to responsible advertising and his response has generally been the verbal equivalent of a confused shrug.

Numerous investigations, including Carole Cadwalladr's initial Cambridge Analytica expose, have revealed a string of gaffes followed by a series of cover-ups as Facebook desperately tries to pretend that it's doing what it thinks is the right thing, as opposed to the thing that has the biggest impact on the quarterly balance sheets.

It seems we've forgotten what responsible management of a social media platform looks like (come back, Myspace Tom, all is forgiven!) but for once, Jack Dorsey and Twitter are giving us a glimpse of how companies like this should be run.

Now if they could only find a way to get rid of all the Nazis.