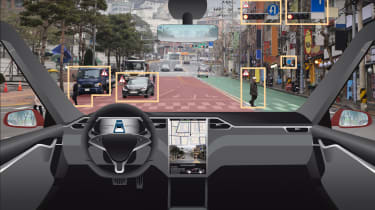 Amazon has acquired the autonomous vehicle company Zoox for more than $1 billion with the aim of working with the firm to create a driverless ride-hailing fleet.

Discussions over a potential deal have been ongoing for several weeks, with rumours last month circulating that talks were in advanced stages between the two companies.

The acquisition has now finally closed, according to the Financial Times (FT), with Amazon keen to rival similar plans by Alphabet and its self-driving subsidiary Waymo.

The California-based Zoox was founded in 2014 and employs more than 1,000 people, focussing efforts on building the hardware and software needed to power autonomous taxis that could be hailed using a smartphone app.

The $1.2 billion acquisition wouldn’t represent Amazon’s first venture involving into driverless tech, with the firm having previously created a team dedicated to building out driverless technology as well as making several investments over the last few years.

Regardless, the acquisition represents the company’s most significant commitment to driverless car technology yet.

Zoox aims to create fully-autonomous vehicles that can drive without any human intervention in complex environments. The company reached a valuation of approximately $3.2 billion in 2018, after attracting $800 million in venture capital funding.

The promise of driverless cars and autonomous vehicles has been long-touted, but the road to actually realising their potential and practical use has been a slow one. While the technology may work, that doesn’t mean these vehicles are ready for public roads.

Several initiatives have been kickstarted to support the technology, nevertheless. In the UK, for example, the UK Space Agency teaming up with O2 to develop high-speed data connections to ensure future driverless vehicles can maintain network connectivity as they travel to more rural areas with traditionally poor signal.

The government, meanwhile, last year launched a £2 million feasibility fund to encourage businesses to develop methods for testing the cyber security resilience of autonomous cars, as well as the supporting infrastructure.