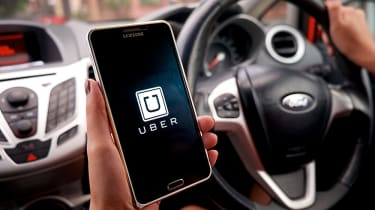 Uber is in discussions to acquire Postmates as part of an estimated $2.6 billion acquisition deal, according to insider sources.

Should a deal between the two companies come to fruition, it could be announced next week, if not sooner. The rumored deal marks Uber’s second attempt to acquire a food-delivery company this year.

Founded in 2011 and based in San Francisco, Postmates is the smallest among the major US food-delivery services. Per Pitchbook, the company has raised an estimated $906 million and was valued at $2.4 billion in 2019.

According to sources familiar with the matter, Postmates has also been in discussion with other possible buyers since as early as last year.

The Wall Street Journal reported that Postmates has been planning on launching its initial public offering (IPO) in the coming days too. Postmates had confidentially filed for an IPO in February of last year but ultimately chose to delay its efforts after the IPO market became less accepting of unprofitable startups amid WeWork’s failed IPO.

Though Uber chief executive Dara Khosrowshahi previously stated the company would ultimately opt to exit markets where it wasn’t the dominant food-delivery service, the coronavirus has boosted demand for food delivery services.

Just a few short weeks ago, Uber was in talks to purchase GrubHub, the Chicago-based food-delivery service company. Unfortunately for Uber, Just Eat Takeaway was able to swoop in and purchase the company for a whopping $7.3 billion.