ByteDance hopes to retain ownership of TikTok by partnering with Oracle 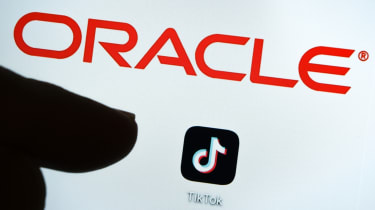 On Thursday, ByteDance announced China must approve the sale of TikTok’s U.S. operations to Oracle.

In an executive order signed in August, President Donald Trump threatened to ban TikTok if ByteDance failed to divest the social media app’s U.S. operation. Oracle has since submitted a proposal to the Trump administration that would make it a technology partner for the popular app while allowing ByteDance to retain majority ownership of TikTok. The proposal also envisions establishing TikTok Global as a company headquartered in the U.S.

However, President Trump questioned ByteDance’s plans to keep a majority stake in TikTok’s U.S. operations, adding that it is not in favor of the Beijing-based company maintaining control. Six Republican lawmakers have also called on President Trump to reject the proposal.

“Well, we’re looking into that,” President Trump stated. “From the standpoint of ByteDance we don’t like that. I mean, just conceptually I can tell you I don’t like that. That has not been told to me yet.”

If ByteDance does not comply with the executive order, President Trump has said he would ban TikTok in the U.S. as early as Sunday.

Chinese state media has reported that ByteDance didn’t include an outright sale of TikTok’s U.S. operations in its proposal to the Trump administration.

According to Reuters, when it contacted China’s foreign ministry about the approval requirement, the ministry urged the U.S. to respect the market economy’s principles and stop politicizing economic and trade cooperation.

Late last month, China updated its export control rules concerning artificial intelligence (AI) technology. Per Reuters, the Oracle deal would not require ByteDance to apply for an export license before including TikTok’s algorithm in the Oracle deal. However, ByteDance previously stated it would comply with the Chinese government’s order.