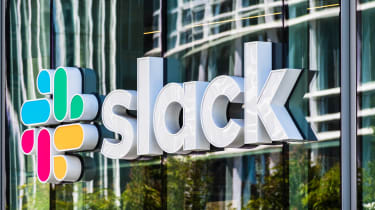 Slack, Facebook, and Microsoft have all advised their employees to work remotely following the spread of the coronavirus to the west coast of the United States.

The request comes after Google sent home most of its 8,000 staff in Dublin after an employee showed flu-like symptoms on Monday. Meanwhile, Amazon has reportedly asked its employees to test their VPNs to ensure that they would manage the possibility of working remotely on a massive scale.

In a statement to their staff, Slack’s senior vice president of people Robby Kwok announced that the company would be shutting down their San Francisco offices until Monday.

“On March 5, we learned that a San Francisco-based Slack employee was notified by the Centers for Disease Control and Prevention that they were in an area with potential COVID-19 exposure while traveling overseas,” he said.

Although the staff member was not confirmed to be suffering from the coronavirus, the company announced that they would be closing the premises for deep cleaning and urged employees to work from home on Friday.

Facebook and Microsoft have also instructed their San Francisco Bay and Seattle area staff to work from home. Microsoft announced in a statement that two of its employees in Puget Sound were diagnosed with COVID-19.

Earlier this week, the UK government revealed in its report that, due to the coronavirus, it expects up to a fifth of the UK workforce to be off on sick leave at the same time.

The shutdown means that the tech industry’s labour force is working from home on an unprecedented scale. While last year's CIPD Job Quality Index reported that 54% of the UK’s workforce works flexibly, in the face of recent developments, that number is now expected to increase significantly.

Organisations across the world are now having to face the very real prospect of office closures, forcing the entirety of their staff to work remotely. As such, many companies will need to ensure that their staff are able to access systems from home, including ensuring that all relevant employees have virtual private networks installed and that they can access company intranets.