UK workers suffer a decline in productivity during lockdown 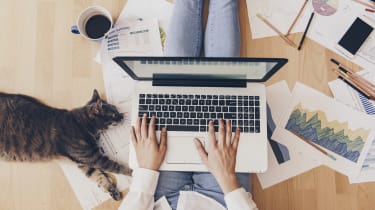 Employees working from home during the coronavirus pandemic lockdown are suffering from a decline in productivity levels.

That's according to a report conducted by enterprise software company Aternity, titled “The COVID-19 Remote Work Productivity Tracker”, that is on data aggregated from millions of employee devices from over 500 Global 2000 companies.

The study compares the impact of remote work on productivity across different regions around the world. In the UK, which saw a three-fold increase in remote working since the beginning of the year, productivity has declined by 20%, according to the report.

Other European countries, such as Italy, the Netherlands, France, Denmark, and Germany, had suffered an even sharper drop in productivity, ranging from -55% for France and Germany to a staggering -70% for Italy.

In comparison, Belgium, Switzerland, and Sweden had experienced a surge in productivity, with increases ranging from 50% to 85%.

Aternity’s report measured productivity based on hours of work computing time. However, Forrester VP, research director Martin Gill told IT Pro that the drop in productivity levels is likely even higher.

“Certainly what we have seen with our own organisation is that you often find home workers work longer and more obscure hours - certainly in global companies," he said. "What we're seeing is definitely people who have been moved to WFH are less productive. Absolutely.”

Gill’s report, titled “How UK Employees Feel About COVID-19”, also published today, shows that over a third (36%) of UK workers who have worked from home admitted that they are not as productive at home as they are in the office.

“The primary issue seems to be broadband issues, what I’d categorise as user error, so people not knowing how to switch microphones on, people talking over each other in meetings, people just not used to the whole etiquette of remote working. And then there’s pets and children,” said Gill.

Nevertheless, 52% of respondents said they prefer working from home and Gill warned that “firms used to an office culture may find it hard to lure their employees back to the daily commute” once the lockdown is lifted.