How robotic automation is being applied to the workplace 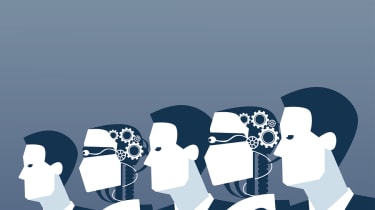 As the relentless march of the automation age continues to gain pace, fears of what this means for the workplace are gradually subsiding. Automation in its various forms is already integral to entire industries, and the nightmare prophecy of robots replacing humans hasn’t quite come to pass. In many cases, instead of robots taking our jobs, they’re enhancing them.

The latest estimates report that back-office employees spend up to 80% of their day completing mundane tasks such as filing, data entry, and other repetitive administration processes. What if there was a way to automatically complete these tasks, in a fraction of the time and with zero errors? With Robotic Process Automation (RPA), there is.

RPA technologies have the ability to computerise repetitive tasks, removing them from the human-employee’s workload. But rather than making the human obsolete, RPA is liberating employees to instead pursue more valuable initiatives within the business. Productivity is boosted, along with general welfare and wellbeing.

For organisations with a large back-office, RPA should be at the forefront of digital transformation.

In the UK, the NHS employs over 200,000 back-end, non-clinical staff to support their vast infrastructure. Most of these employees are stationed behind a computer, completing repetitive tasks for at least a portion of their workday. The introduction of RPA across the organisation would support each and every one of these employees to some degree, highlighting its potential.

The chief digital officer of NHS East and North Hertfordshire CCG, Phil Turnock, has placed RPA at the centre of his digital strategy. RPA technologies have been deployed within the CCG to help support phone calls and emails to the service desk, by way of introducing a live chat function. Already 22,000 live chats have been completed. Additionally, the CCG uses RPA to complete other menial tasks, such as creating new user accounts. Completed by a human employee, the laborious setup process could take as long as 25 minutes to finish. In the hands of the robot however, this is slashed to less than a minute.

Turnock’s digital transformation strategy doesn’t limit RPA to the back-office, however. He also has aspirations to push RPA into repeatable processes throughout clinical areas of the organisation. This can already be seen in the US, where physicians are reported to spend a staggering 43% of their time on data entry. RPA could be vital in freeing these skilled workers to focus on the medical element of their jobs, the ones producing the highest value and benefiting patients.

Ultimately, RPA is a method of freeing resources namely staff - which means the value of RPA can be translated to the private sector. This has led to high rates of adoption within the US, the world’s leading capitalist economy, with unskilled workers at risk of losing their jobs. In the NHS however, despite RPA reduced staffing costs within the Chelsea and Westminster Hospital NHS Foundation Trust, there are no plans to reduce employee numbers, supporting Phil Turnock's stance: "It's not about cost reduction; it's about making better use of our resources."

We’ve looked at how RPA can influence an organisation, but what about a closer look at the processes within. In IT, there isn’t a resource more potent than big data.

Parallels aplenty exist between big data and RPA, with both experiencing a societal shift in their favour. Developing technologies – such as RPA – are lending themselves towards the management of big data, helping its rise to prominence. Indeed, the widespread acceptance of RPA is affecting no other facet of technology greater.

By definition, RPA necessitates predictability and repetition in order to be useful. With massive amounts of data flowing into the business (big data), RPA can be used to efficiently process that data without error. Human data-gatherers become data-users, empowering them to pursue strategic business initiatives that better serve customers.

Even the most routine business processes consist of unstructured and semi-structured big data, allowing for RPA to be effectively deployed throughout the business. For instance, transactional data comes in fixed record lengths, with data fields fixed in the same positions, making for predictable data that can be easily analysed by RPA.

The same can be said of invoices, another common RPA-use-case. Invoices are typically supplied in PDF format, fitted with white spaces, logos, and boxes of text or numbers: unstructured data. RPA is able to interpret this data as it’s always in the same location.

Of course, there aren’t any invoices to create without sales. We all talk of the importance of other aspects of business, but ultimately all business operations are steered towards boosting sales, from enhancing customer experiences to employee wellbeing.

RPA technologies are capable of transforming a host of sales-related processes, including invoice and transaction processes (as aforementioned), data replication, and updates to CRM systems.

The generation and collection of leads is an essential part of the sales process. Typically, within organisations not deploying RPA, sales and marketing will regularly update a CRM with information gathered from external sources. Some CRM systems have upload-tools in-built, however, legacy systems require a laborious manual process. Maintaining this workflow reduces the time these employees spend generating leads, and the likelihood of errors during this process is high due to its repetitiveness.

With RPA integrated into a CRM, users can program software to automatically enter data directly from spreadsheets, at a faster rate and with a higher degree of accuracy, allowing marketing and sales teams to focus on generation.

If RPA can help process one hot buzzword within IT - i.e. big data - it can also help support another: the cloud.

Something with so many arms will naturally create many benefits, with cloud computing being the core facilitator of the latest digital revolution for industries far and wide. However, for many, the cloud is so complex in its ubiquitous-nature, that it’s difficult to optimise within the enterprise.

Organisations still need to manage and monitor virtual and cloud resources, something that RPA is well placed to support. RPA technologies can improve cloud resource utilisation with automatic provisioning and de-provisioning of virtualised and cloud systems.

Additionally, RPA delivered on the cloud - often as software as a software - can help cloud applications grow faster than on-premise implementations as the technology completes the testing. The ease at which RPA can be integrated with the cloud helps to bring the scalability that allows modern businesses to expand and contract to suit their markets.