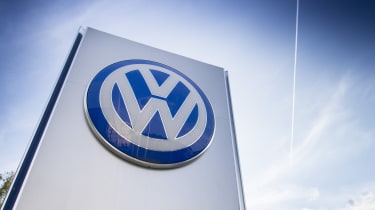 Argo AI has announced that Volkswagen had closed its $2.6 billion investment in the company.

VW’s planned investment in the Pittsburgh-based self-driving startup was initially announced last July. The company will now be controlled by VW and Ford Motor Company, which made an initial investment in Argo AI shortly after the company’s founding.

The deal between VW and Argo AI turns the startup into a global company with two major customers in the automotive space, and also allows the company to expand its operations to Europe.

"Today, with the close of Volkswagen AG’s investment, we become a global company and welcome new teammates to the Argo AI family," Argo AI shared in a blog post announcing the news.

"This news not only solidifies our well-capitalized position but differentiates us as the only self-driving technology platform company with partnerships and commercial agreements for deployment across the US and Europe,”

Its partnership with VW and Ford is just the beginning for Argo AI. By its own estimation, the company’s self-driving system boasts the largest geographical deployment potential to date and has the potential to be integrated across multiple automotive brands.

“With Volkswagen and Ford integrating Argo AI’s self-driving system into their vehicles to support distinct initiatives for moving people and goods, we have a clear pathway to making a positive impact on the world,” Argo AI added.