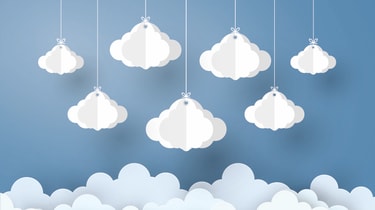 The increasing complexity of enterprise cloud environments, and the rise of hybrid cloud in particular, is rapidly increasing IT workloads and fuelling a rising demand for automation, Puppet’s CTO has claimed.

During a time when many organisations are being asked to do more with less, the shift from mostly on-prem to a mixture of cloud environments in a relatively short space of time has radically complicated the workloads of CIOs.

Speaking exclusively with IT Pro on the launch of Puppet’s automated Comply platform, Puppet CTO Abby Kearns suggested the increasing complexity of IT infrastructures over as little as the last five years is serving as the main element driving demand for automation.

“The hybrid cloud, and managing across hybrid environments, is the number one driver, honestly, because it’s so complex,” Kearns said. “So many companies started about five years ago to move workloads to the cloud, so we started to see that slow migration, but the cloud wasn’t really set up to mimic the way we were managing on-prem environments.”

Enterprises now have an on-prem environment, a public cloud deployment or perhaps even multiple clouds, with different tools, different workloads and different approaches all in play. Businesses are also using more cloud-native applications and more microservices, so the landscape for IT standards compliance is becoming far more complex.

Puppet’s Comply automation platform is a system designed to cut out many of the traditionally manual processes IT teams and CIOs would manage when ensuring their hardware meets a range of compliance standards.

The product, which will be offered in addition to a compliance automation consultancy service the company already markets, would allow customers to manage their own automation programmes across their IT estate.

He explained the need for such software comes from small teams of three to five people suddenly being tasked with making configuration changes on hundreds of thousands of nodes, either on-prem or on the public cloud. This becomes a high investment for the company, requiring a lot of spend and a lot of expertise for all environments to move into compliance.

“That’s really where it comes into play,” Kearns continued, “the idea that automation is really the only route to be able to do that. Because this isn’t just something where you can assign more people to the work. You can’t just throw more people at the problem, you’re going to have to figure out how to automate this as you start to get into the hundreds of thousands of workloads. It’s just a different kind of scale.”

Puppet’s Comply platform will launch in the coming weeks with pre-integrated compatibility with the CIS benchmarks, and further plans to integrate a number of other compliance standards in future. These will extend to include many common standards from DISA, FedRAMP, SOX, HIPAA, and PCI DSS.

The drive to automate, Puppet hopes, will begin to free up time for many organisations that are trying to do more with less, particularly as a result of economic pressures due to COVID-19. One example of a process that Comply will automate is the ‘desired state configuration’ feature. This essentially automatically reverts any configuration changes to a ‘desired state’ if the system detects that the change has led the system to deviate from the particular standard to which it’s adhering to.

“For us, we’ve spent the last six months really investing in a platform-centric approach and the opportunity to really extend into compliance and really build on those capabilities are really powerful for us and our customers,” Kearns added.