Revolut losses more than tripled in 2019 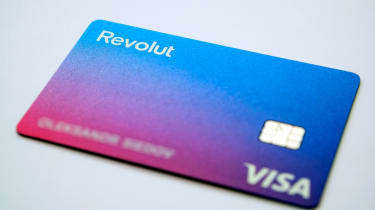 London-based fintech Revolut has said its losses more than tripled in 2019, despite increases in customer numbers and a huge surge in revenues.

The challenger bank posted total losses of £106.5 million for the year ending 31 December, rising from £32.9 million the year before.

The announcement comes after a number of fintech firms revealed heavy losses, such as Monzo and Starling, with the coronavirus hitting the sector hard.

"While we still have some way to go, we are pleased with our progress in 2019," Revolut founder and CEO Nik Storonsky said in a statement. "We increased daily active customers by 231% and the number of paying customers grew by 139%."

The firm blamed its losses on investment in international expansion and new products. It is one of the top fintech unicorns in Europe - valued at $5.5 billion - and one of a number of high-profile startups to come from London.

Unlike Monzo, which suggested the impact of the coronavirus and its losses might impact its ability to continue growing, Revolut said momentum in its business hadn't slowed.

Similarly, Starling also posted a more positive outlook, with its CEO Anne Boden suggesting the company can break even in 2020 and become profitable in 2021, despite also doubling its losses in 2019. Its success has been partly attributed to taking part in the government's emergency funding schemes, resulting in an increase in lending activity with a reported £1 billion worth of loans on its balance sheet.

Revolut, on the other hand, has seen an increase in users, with its app being pushed into new regions like the US, Singapore and Australia.