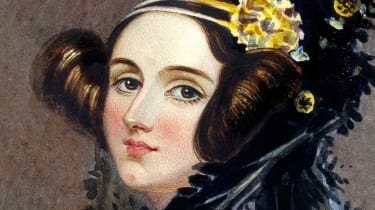 Since 2009, the second Tuesday of October has been also known as Ada Lovelace Day.

Founded by Open Rights Group executive director Suw Charman-Anderson, the day aims to spread awareness of the remarkable achievements of computer pioneer and mathematician Ada Lovelace, but also celebrate the wider successes of women in the fields of science, technology, engineering and maths (STEM).

Ada Lovelace Day usually features an array of commemorative events around the world, yet the celebrations might look a bit different this year.

For instance, the annual 'Ada Lovelace Day Live!' event, which was supposed to be hosted by London’s Institute of Engineering and Technology (IET), was officially cancelled in April due to the COVID-19 pandemic.

However, there are still plenty of ways to celebrate online, with the Finding Ada Network hosting multiple free webinars which will answer questions about space, medicine, sustainability, as well as women’s experiences in the tech industry.

Also on 13 October, the newly-launched Ada Scotland Festival will aim to spread awareness of gender diversity in various STEM fields and maybe inspire a few young women to start a career in tech. Founded by the Edinburgh Napier and Glasgow universities, it will feature an array of workshops, talks, and competitions.

Born in London on 10 December 1815, Augusta Ada Byron is considered to be the only legitimate child of the celebrated British poet Lord Byron and his wife, Lady Wentworth (Anne Isabella Milbanke). However, following her parents’ separation in 1816, her father went traveling in Europe and never returned to England.

Unusually for young girls during that time, Ada received a comprehensive education, under the tutelage of social reformer William Frend, and Mary Somerville, famous for being one of the first women to be accepted into the Royal Astronomical Society.

Ada demonstrated a predisposition for mathematics, language and the sciences from an early age, however, it wasn't until she was 17 that she met the person who would eventually become her mentor mathematician and inventor Charles Babbage. It was working alongside Babbage that the pair would develop the device known as the Analytical Engine, regarded as the first design of a general purpose computer.

Lovelace was asked to translate an article about Babbage's analytical engine, by Luigi Federico Manabrea. While doing this, she noted down lengthy comments and intuitions.

In her notes, she proposed a way in which this analytical engine could repeat a series of instructions, a basic version of the 'looping' process through which computer programs operate today. She also suggested that codes could help the device process letters and symbols as well as numbers. These notes would be published in an English science journal in 1943, but Ada never signed the publication with her name, using her initials instead.

Lovelace married William King on 8 July 1835, and became Countess of Lovelace after her husband became Earl, three years after their wedding.

Her last work was on trying to develop a formula that would ensure wins when gambling. She later died of uterine cancer on 27 November 1852.

Although the value of her publication was only recognised in the 1950s, Lovelace is now considered one of the important achievers in computer science. She recognised many of the main principles behind computers years before they even came into existence. Her notes inspired Alan Turing to work on the first modern computers in the 1940s.

Ada Lovelace Day is a chance to remember a brilliant woman and her intuitions, and celebrate many other brilliant minds populating the international scientific world today.