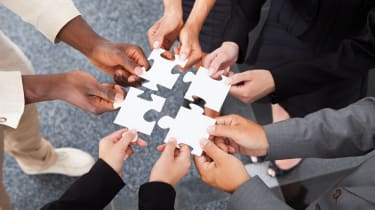 The now infamous engineer James Damore took Google to court after what he deemed an unfair dismissal, and lost. For once, most people have seemingly backed a giant corporation over the lone employee. That takes some doing James.

The engineer was fired after he controversially criticised Google's diversity rules and dismissed women as biologically inferior. It became viral, partly a product of a time when the push for equality is being met with anguished howls of discrimination. Spot the irony.

The LA Times reports a federal agency lawyer has now ruled Google's dismissal of Damore over his controversial memo, which criticised its diversity policies, was not in violation of the American labour law. The ruling deemed that statements within Damore's memo "regarding biological differences between the sexes were so harmful, discriminatory and disruptive" meant there was no case for collective action.

The case is a snapshot of the tech industry's impotence in eliminating its deep-rooted prejudices. There is a clear racial and gender bias that's narrowing opportunities for ethnic minorities and women Google's workforce is made up of just 31% women and 2% African Americans. In the US as a whole, an investigation by the Kapor Center for Social Impact (reported by The Guardian) found that one in ten women working in tech have experienced unwanted sexual attention and hold only a fifth of technical jobs.

The good news for America is they are not alone in this. The UK is just as bad. Women and non-white minorities make up just 17% of the IT tech workforce. Only a tenth of women have worked as IT directors, falling to 9% for IT engineering roles. The highest percentage of female employees can be found within tech project and programme manager roles, which is still only 25% of the workforce.

For all the industry's eagerness to refute Damore's views and embrace diversity, the statistics suggest little has been done to debunk the stereotype.

There aren't enough women and minorities in the higher ends of the tech field because the industry doesn't believe in their value. Arguments justifying the poor imbalance on the basis of meritocracy would simply be implying that there is a biological superiority amongst white men ironically what Google fired Damore for.

It's not just that diversity is ethically good analysts at McKinsey found diversity improves company performance. Teams who are varied tend to be more innovative and critical than those with a more homogenous profile. Therefore, it's in the interests of Google and other firms to have a more diverse workplace if they want the best results.

This case should be the catalyst for those companies that are yet to embrace diversity. This time the case happened in the US, but next time it could be closer to home.