Equality: Are we nearly there yet?

Equal pay for equal work doesn’t seem like a big ask, but it remains a big problem 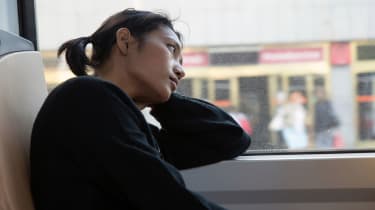 These were the simple, yet remarkable, words uttered by Hollywood star Natalie Portman during an interview with BuzzFeed post her calling out of the all-male nominees during the award she announced at the Golden Globes back in January.

On International Women's Day (IWD), I just wanted to once again shine the spotlight on what was said by but one influential, successful and powerful woman.

It's not just limited to Tinsel Town. It's a sentiment that bears true in all walks of life and none more so than business. Companies have so much more to gain by being inclusive rather than divisive and by embracing diversity rather than opting for carbon copy employees.

It's true that the number of women now working (either full or part-time) has increased in recent years. However, what hasn't quite moved with the times is the gender pay gap. Indeed, a 2017 World Economic Forum report focused on this issue suggested parity is at least two centuries away.

The IWD website talks about the "global movement of advocacy, activism and support". But this doesn't mean it's the exclusive preserve of women. In fact, I strongly believe that it's incredibly important that we recognise EVERYONE who is working hard to lead the charge for real change.

Take Salesforce founder and CEO Marc Benioff as just one example. Two of his employees (Leyla Seka and Cindy Robbins) came to him and asked him to review pay across the organisation. He did so, discovered the findings showed great disparity and set about putting that right. To the tune of $6 million.

"Our higher purpose is to drive the Age of Equality," said Benioff.

The cloud giant also has a chief equality officer in former Microsoft executive Tony Prophet, who states: "Inequality, in all its forms - gender, LGBTQ, racial, or otherwise is an issue that every company must address for their own benefit and to create a better world. We believe businesses need to focus on closing the Equality gap with the same energy put into creating new products and markets."

It's understandable that it's no mean feat for other businesses to follow suit, particularly those on the smaller end of the scale. It will cost them money; it will take time. But that doesn't mean it shouldn't be done.

This brings us back to Portman. She spoke at Salesforce's Dreamforce conference in 2017 about the importance of equal pay, not because someone is someone's daughter/wife/girlfriend, but because we are all people. And people deserve to be treated equally.

We're only in the third month of 2018 and it feels like we've already achieved quite a lot at least in terms of hitting people head-on with the issues and the fact no longer is it OK to just accept that's the way it is. This year, International Women's Day is all about pressing for change. And while we're making good progress, we're on a journey, not at the destination.

So, my message to whoever is reading this right now is to value everybody. Your organisation has more to offer customers, partners and shareholders with a diverse workforce than without. And you as an individual and an employee have more to gain as a result too. But don't let the main difference your company brings to the table be the numbers people see on their pay cheques for doing the same work. That's far from sufficient progress.