Some experts say Google's standardisation is great for the industry, although concerns remain over competition 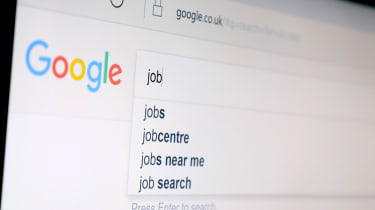 By simply searching Google for 'jobs near me' or 'cybersecurity jobs' for example, users can now click through to this new feature. It not only provides info on the job role and salary, but also shows reviews of the employer, a list of different ways to apply and a location filter. If the user is signed into Google Maps, they'll even be able to find out how long the commute would be.

Since the tool's US launch (it's now available in several countries), Google says it's seen a rise 130% in the number of companies showing jobs in search. This has been positive for job sites US-based ZipRecruiter has seen 4.5 times higher Google organic conversion rate on job pages, a 10% drop in the number of short-term visitors, and a rise of over 35% on monthly organic traffic.

Many point out that Google Jobs is a natural step because the reality is that many job seekers were already using Google for their initial job search before being directed to job boards, corporate careers pages or staffing agencies. Google itself says that it hopes the feature will help bring site owners increased chances of discovery and conversion.

In the UK, Reed, Gumtree, Totaljobs and CV-Library, are all now working closely with Google to ensure their jobs are found in Google's Search Index. In addition, Google and job sites like CV-Library are also providing advice on how businesses can make their job opportunities discoverable.

"We believe that Google's new job search will have a positive impact on UK companies, so long as they take the necessary action to ensure their jobs are found," says Lee Biggins, MD of CV-Library. "For a long time candidates have started their job search on Google, however now there's an even bigger focus on how companies draft their job adverts to ensure they stand a better chance of ranking."

However, not everyone has been eager to jump onboard. Job site Indeed was notably reluctant to share its data with Google. When asked why, the company wouldn't be moved beyond saying it feels it's "the best decision for jobseekers". However, UK MD Bill Richards did say that: "moving forward, we will continue to evaluate this and other partnerships keeping job seekers in mind".

A monopoly on job hunting?

One concern has been that Google's move into this area could create a monopoly on job hunting. But is there anything to back this claim?

"The cynic within me thinks that Google's entire business model is around monopolising everything that they conceivably can," says Kasperi Lewis, a strategist at the consultancy Cruxy & Company.

"However, I think given Google's partnerships with organisations such as LinkedIn, Glassdoor, and Monster, I wouldn't say they're monopolising the job market, rather that they're facilitating more efficient job marketing for third parties willing to partner with them," he notes.

Indeed's cautious position is somewhat understandable given its leading position in the job seeker market. If Google is trying to create a monopoly, Indeed, which currently serves over 200 million monthly users, stands to lose the most.

Yet, Kyle Lagunas, research manager for talent acquisition & engagement at analyst firm IDC adds that in order to create a monopoly, Google would have to own the jobs and it doesn't. Instead, he points out that the company entering the job search space actually provides a fantastic opportunity to fix one of the longstanding challenges with job postings lack of standardisation.

"Job postings have come in all shapes and sizes over the years, with each major job board and applicant tracking system (ATS) utilising a different format and asking for slightly different information," he says.

"Google, being the monster it is, will likely strong-arm everyone employers, marketers and advertisers, recruiters to use the same, straightforward format for their job postings moving forward. I think it will be a very good thing for job seekers, though it may cause some grumbling among other recruiting vendors."

There are suggestions that this standardisation could have a destabilising effect on the job board industry, particularly as the majority of companies (i.e those smaller than Indeed), have had little option but to go along with the company's new strategy.

"The big question is what does Google do next?" says John Nurthen, executive director of global research at Staffing Industry Analysts (SIA). "Just before the company launched Google for Jobs, it also dropped the famous message, 'Don't be evil', from its code of conduct. A coincidence no doubt, but job boards will be keeping a wary eye on Google in case the company decides to build a competitive business model around its enhanced job search functionality and content.

"This is a move that would effectively kill the job board market," he says.

How is this service likely to evolve?

Google currently says it has no plans to begin charging companies for this feature, but views are mixed as to what the future may hold.

CV-Library's Biggins says there are concerns that Google will launch direct listings, but he doesn't anticipate this will happen "as it would go against what Google is about entirely".

Although it's unclear what features Google will eventually try to monetise, if any, some consider it to be highly likely that the company will seek to generate revenue from the data it generates.

"I imagine it'll be charging for analytics, introducing its own programmatic advertising solutions for employers, recruiters and recruitment marketing agencies. It may also sell analytics APIs to ATS vendors and job boards that supply advanced search experience insights," he says.

"Whatever they do, I don't expect it to be massively disruptive but rather creating some order out of the chaos that's today's job search experience."