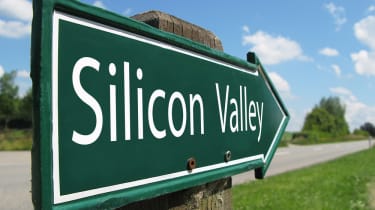 The UK is facing a potential brain drain in artificial intelligence as Silicon Valley is attracting the countries top university talent, according to The Telegraph.

The newspaper surveyed 150 people that had gained either a postgraduate-level degree or had held research positions at Cambridge, Oxford, Imperial, UCL and Oxford Brookes universities and found that only one in seven has joined a UK tech startup.

Around a third of leading machine learning and AI specialist that have departed the UK are said to be working at a Silicon Valley tech company, with more than a tenth having moved to a North American university and almost a tenth currently working for a smaller US tech firm, leading to a worry that the UK is facing a shortage in AI specialists.

Over the summer the Deputy Mayor for London, Rajesh Agrawal suggested the capital's hotbed of AI startups could help the country rival Silicon Valley as the tech capital of the world. But the research from The Telegraph suggests that the famous Californian technology sector is still the top destination for AI specialists.

Part of the reason according to The Telegraph is the financial clout the US has compared to the UK. Earlier in the year, research from job site Hired suggested that London's tech workers earned significantly less than their US counterparts, with the average salary almost double in San Francisco to that of the average tech wage in London.

The UK government has been keen to seize, what it calls, the 232bn opportunity AI offers the UK economy and launched it's AI Sector Deal earlier this year. The government has pledged to invest 17 million to fund AI development in British universities.

"The UK is one of the world's leading technology nations and is recognised as a place where ingenuity and entrepreneurship can flourish," said Sam Gyimah, the Science Minister

"We are a beacon for global talent, and as part of our modern industrial strategy, through our 1 billion AI sector deal, we are capitalising on the UK's global advantage in artificial intelligence."