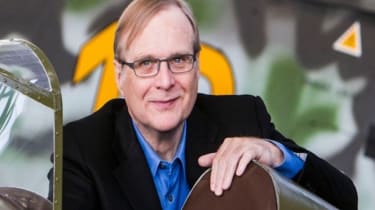 Paul Allen, the co-founder of Microsoft, has died aged 65. His death comes just two weeks after he revealed that he had been rediagnosed as suffering from non-Hodgkin's lymphoma something he was treated for, and seemingly cured of, in 2009.

At the time, his doctors said they were "optimistic" about the treatment but, unfortunately, a statement made on Monday afternoon confirmed his death. His sister Jody described Allen as a "remarkable individual on every level".

"At this time of loss and grief for us and so many others we are profoundly grateful for the care and concern he demonstrated every day."

Allen rose to prominence in the business world after he and friend Bill Gates formed Microsoft in 1975. After being picked by IBM to develop the operating system for all of its computers, the couple became billionaires almost overnight.

Speaking on Allen's death, Gates said: "I am heartbroken by the passing of one of my oldest and dearest friends Personal computing would not have existed without him"

"From our early days together at Lakeside School, through our partnership in the creation of Microsoft, to some of our joint philanthropic projects over the years, Paul was a true partner and dear friend.

"He deserved much more time, but his contributions to the world of technology and philanthropy will live on for generations to come," he said. "I will miss him tremendously."

It's estimated that Allen donated more than $2 billion (1.5 billion) to philanthropy throughout his life. He's supported scientific research, education initiatives, wildlife conservation, and historical preservation amongst others. He also bailed out the Seattle Seahawks NFL team from going under and moving stadium, which it's argued helped them win the US Superbowl in 2013.

In 2010 Allen pledged that he would leave the majority of his, then $13.5 billion (10.2 billion), fortune to charitable causes after his death.