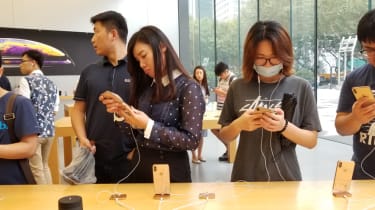 Apple is investigating claims a Chinese factory treated students "like robots" and forced them to work night shifts to complete production of Apple Watches.

The investigation was conducted by Hong Kong-based NGO Students and Scholars Against Corporate Misbehaviour (SACOM). In a report published last week, 28 students who worked at a plant in Chongqing municipality told the organisation that they had not voluntarily applied to work there.

Many of the students have complained that they were compelled to work in order to get their vocational degrees, despite it not being anything to do with their majors.

According to SACOM, the students have been working under the guise of "internships", which is allegedly a widespread practice in China, where manufacturers pair up with vocational schools to fill labour shortages.Manufacturing internships are permitted under Chinese labour law but it has to be related to the student's education. SACOM claims the work had "literally nothing to do with learning" and violated some of the country's labour law provisions permitting intern work in factories.

"We are like robots on the production lines," one 18-year-old student told SACOM. "We repeat the same procedure for hundreds and thousands of times every day, like a robot." Other students told SACOM their graduation certificates will be withheld by the school if they refuse, and that they had been forced to work from 8 pm till 8 am with minimal breaks.

The factory in question is Quanta Chongqing, which is a new Apple supplier and has been audited three times between March and June without finding student interns. But according to SACOM, the practice is so widespread that the factory would not be able to operate without student workers. As a result, the NGO has demanded Apple investigate and bring the labour practices in line with the firm's own policies and those of the local and central Chinese government.

In response, Apple spokeswoman Wei Gu said: "We are urgently investigating the report that student interns added in September are working overtime and night shifts," the Guardian reported.