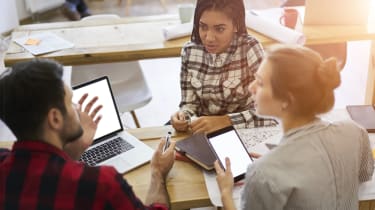 The number of pupils taking computing studies at GCSE-level has dropped harshly between 2017 and 2018, sparking renewed fears of an exacerbated skills shortage.

The number entries for computer science qualifications dropped from 318,781 in 2017 to just 175,230 last year, according to research by the University of Roehampton. This represents a 45% decline within the space of just one year.

"We need to ensure young people aren't put off at school and are encouraged to see what doors can be unlocked to them by studying computing," said techUK's policy manager for skills, talent and diversity Nimmi Patel.

"If this means revising how this subject is portrayed or investing further to ensure teachers are able to teach it well, then this is an investment that should be made - it is an investment in the future."

This comes as the Royal Society released findings today that showed a tripling in demand for professionals with data skills between 2013 and 2018. These figures have climbed from 8,157 job advertisements six years ago to 27,033 between 2017 and 2018.

Fellow of the Royal Academy of Engineering Professor Andrew Blake also called for an overhaul of the education system as a result of the findings, according to The Telegraph.

After the government decided to scrap ICT from the national curriculum from 2018/19, the University of Roehampton issued a warning last year that the number of pupils taking computing qualifications would fall sharply.

In its annual computing education report released last June, the university also warned that computing would become more exclusive with time, and it would exacerbate the widening UK skills shortage.

The British Computing Society (BCS) also warned the government to expect a reduction two years ago, after Ofqual figures suggesting slow uptake with the new Computing qualification at GCSE level.

"At a time when our nation faces an ever-increasing digital skills gap, it is simply not acceptable that schools are neglecting to provide or encourage students to pursue the necessary computing and ICT related qualifications," said COO of FDM group Sheila Flavell.

"The detrimental impact the skills gap is having on our businesses and economy is getting worse every day, and the most effective remedy to this widespread issue begins in our schooling system.

"It is vital that all education institutions recognise ICT, computing or computer science as essential subjects which must be taught with enthusiasm. The importance of the skills that these subjects provide must also be stressed on a daily basis and many subjects relating to IT should be reintroduced to the core schooling curriculum."

Despite the largely worrying findings, there was a 0.3% rise in the percentage of all students in the UK studying computer science in some form - growing from 68,992 to 70,061 between 2017 and 2018. But this also represented a slight drop in the number of students studying the subject in schools which offered the qualification, from 15.7% to 15.6%.