Why SMBs are fishing in the wrong technology talent pools

For many businesses, solving the talent shortage could be a case of simple upskilling 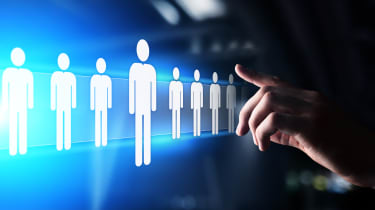 "Everything is now a digital business and everyone can learn to understand and use technology to make the business they work for even better."

That's the view of Gi Fernando MBE, a prolific entrepreneur, investor and founder, who believes in a different approach to traditional IT talent path, one that takes a broader view of an applicant's skill set rather than focusing on those coming from the top universities.

As a key thinker on the future of work through his digital transformation company Freeformers, which works with top banks and retailers to upskill existing employees, Fernando suggests SMBs must instead look inside themselves, as well as around themselves, to spot the right talent to grow their enterprises.

"Companies still think they need graduates, but someone with university-finished schooling and academically-tested knowledge may not be right for your business if they don't show the collaborative intelligence you need.

"Tech changes really quickly and a lot of university courses lag behind the reality of where technology is today. Instead, there is an opportunity to look where others aren't fighting, where there is more of a choice."

For example, we recently reported on the efforts of Code 4000, a UK non-profit working to help serving prisoners reskill into a worthwhile career - a demographic that is often ignored due to an unwillingness to hire those with a criminal record. Similarly, Crucial Academy, another non-profit, is also helping to reskill former soldiers and introduce them to the coding industry. It's through initiatives like these that businesses can source highly-capable and often highly-dedicated talent, outside of the fiercely contested university route.

Fernando - who previously sold his startup Techlightenment to Experian - argues that businesses have for too long associated candidates from Oxford or Cambridge as being 'good' quality, while relegating all others to a less-than category.

"People leading big companies and in politics usually go through that funnel. Everyone else is just seen as 'OK'," says Fernando. "But as an SMB you don't have to pay over the odds to fight for this talent, just because they went to one of a select number of universities, usually due to socio-economic factors such as where they lived or went to school.

"Academic knowledge is more around compliance, testing and IQ. Companies now need to look for softer skills such as empathy and system resilience. Can you adapt? Can you learn on demand? Can you apply that learning quickly? Can you repeat and rinse? Are you ok to fail and try again?

"These are all very different things to a three or four-year degree course. But there are far more of these practical people, young and old, all around us, just less demand for them because their potential is overlooked or dismissed."

In fact, paying greater attention to academic background as a means of selecting candidates is becoming increasingly archaic, particularly in the age of democratised online education and self-taught skills. The 'free online course' is no longer just for hobbyists and, as is the case with Standford University's AI and machine learning programme, some online material can be world leading.

"It is crucial we stop seeing someone as 'techie' because of a piece of paper they have. We need to look for people who are genuinely interested in technology, who want to learn about it and who can be developed.

"You don't need to be an algorithmic wizard, not even for machine learning. There is plenty of stuff online to show how to do it and to drop ready-made algorithms into other programs. If you like LEGO and are good at making stuff and fitting things together, you can get into this and succeed."

Fernando argues that many SMBs should consider revamping how they identify talent, perhaps even with a new hiring strategy. Collaborating with local schools, colleges and universities is a good place to start, and they could even consider running workshop sessions and programmes offering a means for people to show off abilities and knowledge, tech-related or otherwise.

"They could even have the right talent within," argues Fernando. "Someone may be doing something really interesting with technology at home but find themselves stuck in a call centre role where these skills and passions aren't being noticed or utilised.

"So when hiring, it is far more important to look at the good stuff people are doing off their own back. Have they shown examples of learning new information and applying it themselves to fix their car or PC or create an internet of things or automation project? Have they written a bit of code? Do they already have the skills to build websites or do social media because they have created their own personal one or successfully promoted events as part of a hobby?"

"Part of the technology interview process should be asking participants to show how they would think about a problem your company has using technology not just what technology they can use."

That's not to say that traditional technology degrees are no longer relevant, but simply that those with them must be able to adapt, according to Fernando.

"People who have spent time learning at university may have baggage and be more prone to stick to their guns. For an SMB it is important to hire people who can think around the business as a whole and how technology fits into that. Not the other way around.

"You also can't switch your learning off when you enter the world of work just because you have a qualification. Employees should always be encouraged to find new ways of doing things and the hacks that can make the business better."

An often forgotten about source of talent is a business' current workforce, which often has the knowledge required to change the culture and company. Instead, Fernando believes that business owners have a tendency to look outside for a simple fix rather than developing internal potential.

"Hiring the best tech person is no longer about [finding] someone who understands the intricacies of it and how to fix a server. SMB growth lies in hiring someone who understands how different bits of technology and software will fit together to solve problems a company and its people have by knowing what can make them more engaged, motivated and hence productive.

"The traditional view of the IT person and cliched comment of turning it off and on again is now dead. We are all hybrid IT people now."