Companies promise to get 30% more women in top jobs by 2020, but there are no guarantees 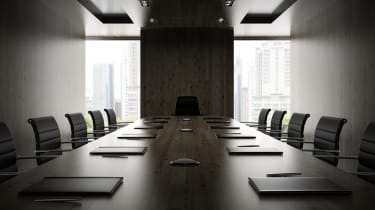 Forty-five tech firms have signed a pledge to increase the number of women in boardroom positions by 2020.

Companies such as IBM, Uber and Alibaba all pledged support as part of the 'Tech for Good' summit in Paris on Wednesday, which aims to boost the number of women occupying executive roles in tech globally by 30% by next year.

French President Emmanuel Macron said that businesses that accomplish the goal should then pursue complete parity, but there was little else in the pledge that suggested any accountability if the target was not met.

Female representation in the tech board room is very low. A recent study by consulting firm McKinsey found that just 15% of tech sector management roles are occupied by women. And those that are in these top roles have tougher climbs up the corporate ladder than their male counterparts.

The debate about women in tech is ever present, mostly because it doesn't seem to be followed by enough action. The UK's own initiative, the Tech Talent Charter, was launched in November 2017 and is a similar movement of organisations working to close the growing gender gap. It is supported by the UK government but, for those that sign up, there isn't any hard line about falling short of the targets.

Recently, Google has seen a backlash from its staff over the way it treats female tech workers. The company received criticism for the way it handled sexual harassment allegations, resulting in multiple protests. But, despite coming out in support of its workers, senior Google managers, executives, and even its HR department reportedly retaliated against female workers that reported inappropriate conduct.

A recent study from Trainline suggested that the biggest barrier to gender balance in the tech sector is male attitudes. Over a third of tech workers questioned in the train and coach app's survey said that male attitudes were a barrier, with 39% of female tech workers and 33% of their male counterparts in agreement.