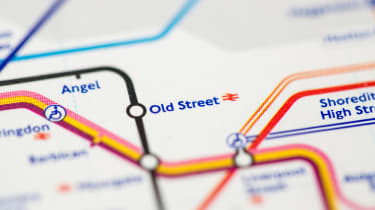 Online supermarket Ocado has announced plans to open a London tech hub that will create 260 digital jobs as it plans to bolster the talent behind its smart platform.

The Ocado smart platform will be sold to companies across the world to help them move online, the company has said. The London office, which will be based in Old Street, becomes the company's sixth development centre, with others in Hatfield, Bulgaria, Spain and two in Poland.

"We're excited to be expanding our network of development hubs into London, a city renowned for being at the forefront of tech innovation and home to many talented technologists," said Ocado Technology chief executive James Matthews

"As we are growing rapidly, we are always on the lookout for people who share our drive to innovate," Matthews added. "This London hub joins our network of development centres to offer exciting employment opportunities for ambitious, tech-savvy individuals."

The hub will initially support 40 software engineers, but that firm plans to expand that to a total of around 300 "in the near future", with 260 of those roles technology jobs. The engineers will work with AI, machine learning, big data, simulation and cloud platforms, the company said.

Finding talent in these areas could prove difficult if recent reports are to be believed. In August, the Open University estimated that skill shortages cost the UK 2 billion a year in higher salaries, recruitment costs and temporary staff. This was backed by research from Nesta that suggested it could worsen with advances in technology and Brexit.

"The UK's skill shortage is costly, damaging to growth, and could worsen because the skills that we need are changing," said Eliza Easton, a principal policy researcher at Nesta. "This isn't just because of new technologies and automation, but also impacted by factors including globalisation, climate change and an ageing population. Brexit may also radically change the skills we have access to in the UK."