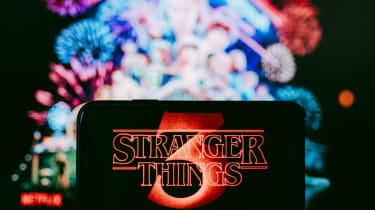 Microsoft is capitalising on the widespread popularity of hit Netflix TV series Stranger Things to encourage teenagers to take up an interest in technology and learn essential digital skills.

Among several franchise tie-ins, the software giant will launch a series of STEM workshops in all its Microsoft stores from 20 July, including the newly-opened flagship Oxford Circus-based site.

Branded Camp Know Where', the course involves two programmes for students aged 13 and above at Microsoft Stores in the US, Canda, Australia and the UK. These will set challenges for its participants centred on coding and games.

Additional details about these courses are scarce, but Microsoft is hoping to tap into the huge cultural relevance Stranger Things has attained since first airing to promote an interest in technology. Students can register to attend the STEM workshops from today through the Microsoft website.

As part of the Stranger Things series tie-in, the company has also developed a special edition PC app inspired by the Windows 1.0 operating system (OS) - first released in November of 1985. This free Windows 10 app, known as Windows 1.11, was mysteriously teased by the firm last week on social media.

The Windows re-release is also themed on Stranger Things, with users given the chance to find unique show content and easter eggs by navigating the app's retro UI.

It's a similar venture to one launched by Slack developer Felix Rieseberg, who relaunched the classic Windows 95 OS as a desktop app for MacOS, Windows and Linux systems last year. This app, however, was written for nostalgic purposes as opposed to serving as a promotional tie-in.