NHS now ranks as one of the UK's biggest IT recruiters 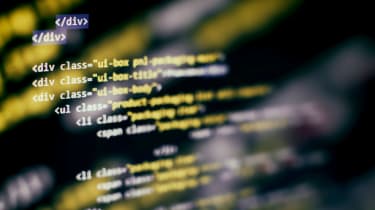 The NHS and Amazon have been counted among the most active IT job recruiters for 2019, with the majority of listings asking for software development or core IT skills.

Figures released on Wednesday showed that of the 140,000 IT job listings posted during the second quarter of 2019, 50,329 of these were targetting software programmers, with a further 21,605 looking for IT analysts, architects, and system designers.

The NHS was found the be the biggest recruiter of new IT personnel, followed by Amazon, British Sky Broadcasting Group, GCI Group and Square One Group, according to the CompTIA report.

Technicians involved in IT user support and telecommunications specialists also featured heavily in the job listings (17,000 and 13,000 respectively), with web designers and developers featuring in over 12,000 listings.

The figures demonstrate clear market demand for fundamental technology skills, according to Graham Hunter, CompTIA's vice president for skills certification in Europe and the Middle East.

"These foundational skills must be in place to provide the management and support for current operations as well as the emerging technologies and innovations that are taking hold," he said.

However, the total number of job postings has fallen 13% since the first quarter of 2019, and now sits below that of last year's second quarter.

"This mirrors the downward direction for all job ads in the UK employment market this year compared to the highs of a year ago," said Amy Carrado, senior director, research and market intelligence at CompTIA.

The overall UK employment rate has hit its lowest point in almost 45 years, falling to 3.8% and below the figure set during the October-December period in 1974.

Despite this, the overall UK IT workforce continues to grow year on year, the projection being that 14,000 new workers will enter the industry this year, bringing the total to 1.3 million. Job growth of 4% representing 48,000 new jobs is also expected for the 2018 to 2023 period.

The NHS, in particular, has been on a mammoth digital transformation drive, largely spurred by a need to modernise its systems in the face of growing cyber threats. In March the health service signed an agreement to begin the process of automating the majority of its back-office processes, and in June began a policy of incentivising hospitals to implement AI systems.