Brexit could lead to massive IT job boom 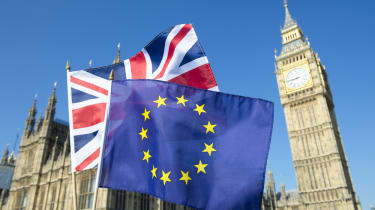 A potential boom in the technology, science and healthcare industries post-Brexit could see the creation of millions of new jobs, according to a report.

Over the next two decades, the economy will see a major change driven by more environmentally conscious innovations, technological change and the ageing population.

Some 2.7 million jobs will be added to the economy by 2038 analysis by BNP Paribas and the Centre for Economics and Business Research (CEBR) has found. Furthermore, the research suggests that investment will flood into certain regions, such as Manchester and the East of England.

The banking giant's Market Leaders Report, which looks at the economy's 16 sectors and is based on surveys with 1,500 businesses, forecasts a smooth departure from the EU with a positive outlook for the next twenty years.

"That growth is being driven by innovation, in particular in science, technology and the health and social sector,"  Anne Marie Verstraeten, UK country head for BNP Paribas said to The Telegraph.

According to the report, almost one million jobs will be added to the transport, storage and communications industry, more than any other sector, underpinned by a rise in computing as digital transformations spread and businesses look to improve their cyber security.

In some ways, the report echos a number of tech-specific studies and surveys which highlight a positive outlook for the industry. In May, a report from Tech Nation suggested that the sector was annually exceeding all expectations in terms of growth.

However, in the same month, a report from London Tech Advocates had disputing figures, claiming that Brexit was actually hurting the UK tech sector's reputation. The end result and the after-effects of leaving the EU are still unclear, but the BNP survey claims it is the most detailed yet.

It suggests that keeping up with the demands of the ageing population will boost the output of the health and social work industry by 78% while the automotive sector is expected to enjoy a renaissance, supported by demand for electric vehicles.

For Sheila Flavell, COO for FDM Group, whether true or not, the UK must be ready for the potential boom in jobs.

"We must ensure that as a nation we are properly prepared for the incoming influx of technology and science jobs," she said. "This means ensuring that our existing workforce, as well as children and young adults, are fully equipped with the STEM skills that will allow them to thrive and flourish in the developing job market. By placing more emphasis on important skills, such as coding, we are providing young and existing workers with the chance to seize opportunity in the developing job market.

"Simultaneously, we can also plug the digital skills gap facing our country, which will only widen if we do not put any new measures in place to tackle the thousands of tech-related job vacancies bought about by our rapidly advancing digital economy."