The chipmaker's CTO will leave at the end of the month 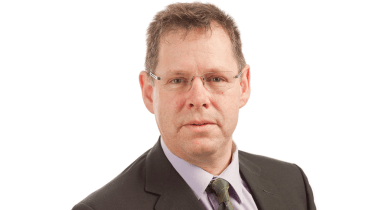 ARM co-founder and CTO Mike Muller has announced his retirement from the company after almost 30-years of service.

The 60-year-old will retire at the end of the month, the firm said, to move on to projects of personal interest.

Since it's inception in 1990, Cambridge-based ARM has become one of the worlds biggest microchip designers, supplying companies like Apple, where it plays a central role in devices such as the iPhone.

In that time, Muller has become one of the UK's most prominent tech executives.

"After a distinguished career spanning nearly 30 years with ARM, co-founder Mike Muller recently let ARM and our partner ecosystem know that he will be retiring at the end of September," an ARM spokesperson said.

"ARM thanks Mike for his esteemed technical contributions to both the company and the industry, including his engineering work on the original ARM architecture which has resulted in more than 150bn ARM-based chips shipped to-date.

"Mike is looking forward to spending his retirement working on projects of personal interest including the Centre for Computing History and David Parr House museum in Cambridge."

Muller, along with 15 Acorn Computer employees, founded Advanced RISC Machines as a structured joint venture between Acorn, Apple and VLSI Technology. The company floated on the London Stock Exchange in 1998 as ARM Holdings, which is what we know it as today.

Before joining ARM, Muller was responsible for hardware strategy and the development of portable products at Acorn Computers. He was ARM's VP of marketing from 1992 to 1996 and EVP of business development until October 2000, when he was appointed Chief Technology Officer a position he has kept up til now.

After 25 years of designing and supplying low-power microchips for some of the biggest companies in the world, ARM was acquired by the Japanese tech giant Softbank, for a reported 24.3 billion. The acquisition was completed in 2016 after shareholders voted overwhelmingly in favour of the deal.