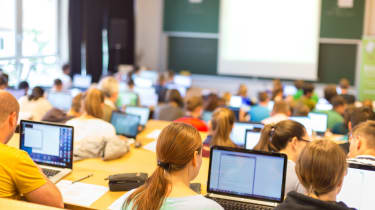 The UK government has pledged to spend 120 million on eight new technology institutes that will offer training for students in STEM fields in order to prepare them the tech industry.

As few as 20% of employees have the digital skills to support their current and future jobs, according to a report published by Gartner earlier this year. The funding pledge by the government over the next decade aims to bridge this skills gap.

The boost in tech education will build on existing government investment, including £170 million already being used to establish 12 institutes of technology and £400 million for sixth forms and colleges for 2020/21.

The additional £120 million the government has pledged will fund the establishment of an institute of technology in every region of England. Colleges, universities, and employers will collaborate to offer Levels 4 and 5 training, advanced diplomas in engineering, for students in digital, construction, manufacturing, and engineering fields. The development of such programmes will be guided by a skills and productivity board to ensure the right skills are being taught.

Education secretary Gavin Williamson also pledged to open eleven maths-focused free schools across the country, which will offer A Levels in maths, further maths, and physics to young people aged 16-19 from disadvantaged backgrounds. Durham University and Durham Sixth Form College have partnered to open one such school in the North East.

The new maths free schools will build on those already established, such as the programmes run by King's College London and Exeter University in partnership with Exeter College. Both reported high academic achievement by their students in A Level maths for 2018, with 99% at King's College and 85% at Exeter earning an A or A*.