Despite the recent history of job cuts, the cloud giant is still hoping to compete with AWS and Microsoft 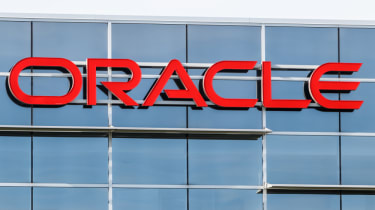 Oracle plans to hire some 2,000 additional workers as part of further expansions of its cloud computing services, according to reports.

The cloud giant is said to be rolling out computing services in more locations around the world as it seeks to better compete with AWS and Microsoft Azure.

Jobs will be added in Oracle's software development hubs in Seattle, San Francisco and India, along with positions being made available at new data centres, according to Don Johnson, executive vice president of the Oracle Cloud Infrastructure unit (OCI) - an area of its business that was subjected to job cuts at the beginning of the year.

Oracle also plans to open 20 more cloud regions by the end of the year, which Johnson said it was "driving very aggressively".

"We are very rapidly converting what's a complex footprint to be a very simple footprint: Everything everywhere runs on our generation two cloud infrastructure," Johnson told Reuters.

IT Pro has approached Oracle for more details, but it is believed the company will expand on its current 16 cloud regions, with new builds in emerging markets such as Chile, Japan, South Africa and the United Arab Emirates and reportedly in other Asian countries and Europe.

Just seven months ago, in March, the company announced job cuts of more than 350 so it could better focus on its cloud business. This was despite having already trimmed its infrastructure as a service (IaaS) business.

As always, the plan was to stay as close as possible to AWS which is the largest provider of cloud storage infrastructure, according to Gartner. At the time, it meant Oracle had to make cut-backs in other areas of its business, specifically the Oracle Cloud Infrastructure (OCI) unit and its IaaS business.

Johnson, who spent seven years in Amazon's cloud unit, joined Oracle in 2015 and has helped build out its second generation of cloud infrastructure after a difficult first attempt.

Some 352 jobs disappeared on 21 May, including 255 at its headquarters in Redwood City, California and 97 jobs from its Santa Clara campus.

"As our cloud business grows, we will continually balance our resources and restructure our development group to help ensure we have the right people delivering the best cloud products to our customers around the world," an Oracle spokesperson said to Bloomberg.