The best email sign-off, and 14 to avoid

Signing off an email can be a minefield, so here are some tips 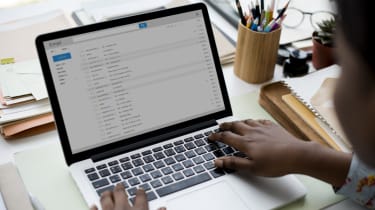 It's always tricky to know how to end an email. I always tend to opt for "cheers" when signing off, occasionally using a "thanks" or perhaps a short and informal "ta". But those sign-offs are hardly ideal when contacting someone formally for the first time.

But what about "Sincerely"? Is that too stuffy, old-fashioned and overly sentimental? Could you end by sending your "best wishes" instead? Like it or not, crafting an email is just as tricky as writing a letter, even if you smashed it out on your keyboard in a few seconds.

In no particular order (although generally going from worst to best), here's our take on how you should be ending your emails.

While you're here, you may also want to check out our top tips for making your email account entirely hack-proof, or discover why compromising business email accounts is far easier than you might imagine.

"Thanks" and variants along that tangent ("thanks again", "thanks!", "thanks so much" and so on) all come across as a little disingenuous. Not only do we all read emails with a bit of a sarcastic tone in our head, but if you're emailing to ask someone for something rather than to genuinely express thanks it can be a tad obnoxious.

While you may have been taught to always end a letter and thus an email with sincerely, it's best to avoid doing this. If you're starting your email with "Dear", you can get away with finishing with "sincerely", but otherwise, it can sound a little stuffy even in some formal applications.

"Talk soon", "speak to you soon" or even "more soon" lending with anything "soon" generally commits you to talking to that person again. Fine if you intend to send a follow-up email or meet someone in person; less fine if you have zero intention to make an effort to speak with them. While a casual reply, it can come across as insincere.

Ending an email by just signing off is seen as pretty cold and abrupt. Best left out of any email.

Signing off with your initials or first initial is a tad friendlier than writing out your full name, but it's still just as abrupt. It also leaves people relatively in the dark as to who you are, so really only best used if you're talking to someone you already know reasonably well.

Surprisingly, ending an email with nothing at all is, in some cases, absolutely fine, but you can't do this on your first email. Always put an end on your email first and, as more emails are sent in quick succession, you can drop the formalities.

This can be seen as stiff and outdated and it's best to only bring this one out if you're emailing a government official or someone from the clergy as "respectfully yours" is the standard closer in that situation.

Unless it's a family member or close friend, you shouldn't be adding kisses to the end of your email. Some casual work relationships find this acceptable, but it's really only something you do with someone you already know you can do this with. Don't spring it on someone out of the blue... it can be a little off-putting.

This reply is, along with "all the best" and "best wishes", a relatively safe ending to go with if you're being polite but informal. The more words you add, "best wishes" or "all the best" for example, the more formal the sentiment becomes. Some feel that "best" and its variants can be too effusive, but for the most part, it should serve you fine.

"Yours", and variants thereof ("yours truly", "yours faithfully" and so on) sit on the more formal end of the spectrum. As with "best", the more words you add, the more formal it becomes. "Yours" does have another complication, though: many will wonder exactly what you're offering when you say "yours", and "yours faithfully" indicates something incredibly formal like a forthcoming marriage proposal.

This one can split many people. Some regard it as being just a bit too formal and being too close to "sincerely". However, some do see it as useful, especially for the first email in a professional capacity.

12. Look forward to hearing from you

Like "thanks", this seemingly inoffensive sign off can actually be an awful way to end an email if you're asking for something. Not only does it come across as presumptuous, but it's also an email power play whereby those on the receiving end are either forced to reply due to their relationship with you, or your seniors could take it as a sign that you're being rather pushy on a response. Best bet is to leave it out unless you're genuinely expecting a reply.

Only really acceptable if you're British, otherwise it seems a little patronising. The same can also be said with "ta", but "cheers" is generally a favoured response that's also pleasingly casual and to us Brits perfectly acceptable instead of "thanks" and more formal email sign-offs.

The generally favoured way to end an email is "as ever". It may not be an ideal finisher for initial contact, but it's great for replying to someone you speak to often over email. It carries no expectations, connotations or tone to read into. It's simply you signing off as you.