Is it better to recruit externally or train internally when introducing new technology?

Retrain your current staff or hire fresh talent? Making the wrong decision could be an expensive mistake 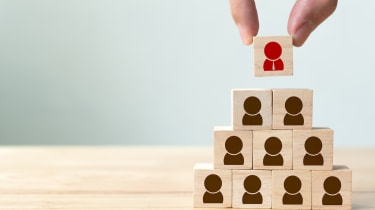 "Most companies are surprisingly poor at planning ahead." So says Mathias Linnemann, co-founder of Worksome (worksome.co.uk). "That's just a product of how business works today. With everything being more project-based and dynamic, it's harder for companies to foresee the workforce they'll need nine months from now."

Admittedly, there's an element of "well, he would say that" because that's the problem Worksome has set out to solve. As a platform that marries contracts with freelance experts, it helps plug companies' skills gaps by allowing them to post short-term contracts, like a project to implement new technology, that qualified experts can bid on.

"I'm definitely a fan of upskilling your full-time workforce," added Linnemann, before airing the scenario of when IT projects run over budget and behind schedule. "Then you need someone to step in, but if you take them from your existing workforce you have an empty chair elsewhere. It makes sense to pull in someone from outside who is super-qualified at solving your problem and has a razor-sharp focus because they don't want to start a career with you or get promoted."

Sam Wallace of executive recruitment specialist Carmichael Fisher (cfsearch.com) sees bringing in talent from outside an organisation as a way to "reduce as much risk as possible" when you're planning an implementation. "The risk you have when you try to reskill with external people rather than internally is that you lose some of the core identity of the organisation, which is such an important part of a company's culture. Expertise needs to be brought in to give you deep subject matter leaders [for the] transition but, in order to sustain the [company] culture you also retrain your existing people."

Linnemann's views broadly align with this approach. "There will always be a core in-house team that's super motivated and in it for the long run," he said. "They know the culture, the building, the whole company, and they can get quite frustrated if they're being bounced around to put out fires and not able to focus on the work they love. It's not uncommon to see a programmer being asked to do UX design or an IT project manager asked to manage people. That's the natural way of thinking: we have these employees and we need to use them for whatever needs to be solved instead of thinking that we could hire a good people manager who is specialised in leading back-end engineers who would come in for six months."

It's not always possible to plan ahead, but the longer you can spend on your search, the better. It may be tempting to fill a role as quickly as possible but, warns Wallace, you may regret it in the longer term. Graham Hunter, vice president of skills certifications at CompTIA, the Computing Technology Industry Association (comptia.org) seems to agree. "We're seeing a lot of demand in cybersecurity and a bun fight for talent going on, which is driving up wages because people just want a short-term gain to satisfy their HR headache by paying whatever they need to get that talent in place."

So how long should you look for staff before an implementation?

"For senior roles, like CIOs and CTOs, we would typically say, from start to finish, the maximum time [it would take to hire] would be 90 days," Wallace told us, speaking specifically about permanent hires. "You'd be involved throughout, starting with defining the role and mapping the market [and] by the third week, we'd be sending you an introductory slate of candidates, almost as a calibration... to ultimately get to the point where we've interviewed a sizeable number of people and shortlisted them down to five to seven people that you could shortlist to three to five. The goal is that anyone you interview [at that stage] you should be able to hire."

Carmichael Fisher can also conduct a confidential search, either by withholding its client's name entirely, or asking candidates to sign a non-disclosure agreement. Sometimes, said Wallace, that could be because you're looking to replace a member of staff who's still in post and unaware that they're about to be moved on or moved out.

Where Carmichael Fisher's process is very hands-on, Worksome employs a degree of AI, at least in the earlier stages. When a freelancer creates a profile, the Worksome system runs a series of algorithms that gauges their suitability both for the platform and any existing roles. If they pass, there's a second, manual sift, after which they can start bidding on new contracts. "There's a guarantee that the people [you hire] will be qualified to work on your project as far as possible," said Linnemann, describing a system that cuts the average hire cycle from more than 40 days to four. "A freelancer is very seldom interested in over-selling themselves because they know they'll be facing real work and, if they've lied, they'll be found out very quickly."

CompTIA's Hunter has observed a growing disparity between the demand for and supply of skills in IT, largely caused by the growing number of tech endpoints in business. "We just can't get enough people into the tech pipeline," he told us. "The number of IT graduates [is] quite dismal and gender diversity is even worse than it was back in the 1980s. We need to look at non-traditional routes to getting more talent into the workforce."

The solution, in Hunter's eyes, is to focus on training the staff you already have and, where possible, to remain platform-neutral so the skills they learn can be adapted to suit the evolving needs of your business. As he explained, "a third of the European workforce is going to have to go through some form of retraining or reskilling over the next five to ten years. That's 100 million individuals."

In earlier discussions, Linnemann revealed that in London, at least the average tenure of someone working in IT was just 18 months, after which they were looking for their next opportunity. This certainly makes Worksome's ad-hoc platform appealing but, we asked Hunter, doesn't it also mean that training staff makes them more likely to head to your competitors?

He thought not. "Managers have used that as an excuse for too long. You need to retrain your staff and have faith and trust that you're going to get that value back from them... besides, the availability of online learning and credentials are such that an individual can take themselves in that direction and move out of an organisation [if they don't feel you're investing in them]."

As Hunter pointed out, it's often true that the best team for any job is already in-house. He highlighted the aviation industry, its current focus on cybersecurity, and the sense it makes for employers to retain staff who already understand the industry lingo, retraining them where necessary, instead of hiring dedicated security experts who know nothing about aviation or the culture that surrounds it.

With such a diverse array of options, from long-term executive appointments, through short-term freelance hires to investing in existing staff, there's no single, correct way to satisfy the staffing requirements of any transition or implementation.

In each case, though, our experts have stressed the need to respect the existing culture of the industry or organisation into which you're hiring, suggesting that any successful candidate will have more to offer than just the best qualifications.