Which tech companies are the best to work for in the UK? 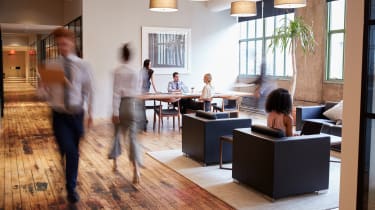 Tech companies are seen as fun, well-paid and exciting places to work — but some are better than others. While some tech companies in the UK offer positive workplace cultures paired with large pay packets, employees at others report long hours and too much stress.

How can you know which are worth working at and which companies to avoid? Websites such as Glassdoor let employees review their workplaces — current and former — to give would-be staffers a glimpse at life at that company, while LinkedIn ranks UK employers each year. Here are five of the best tech companies to work for in the UK, according to their own employees and those rankings.

The best companies to work for in the UK

Each year, Glassdoor sifts through its ratings to find the best places to work in the UK, and its most recent results sees Google sitting atop that list — as it has done for the past 12 years, the review site notes. In the UK, Google scores a 4.5 out of five stars, with 93% of raters saying they approve of CEO Sudnar Pichai. Over on LinkedIn, Google's parent firm Alphabet is ranked 20th.

Why are Google staffers so happy? The pay and benefits are frequently mentioned in Glassdoor reviews, as is the privilege of working alongside other talented, hardworking people, as one software engineer said. There's another positive aspect of working at Google: the free lunches. Or, as one former employee from Ipswich summed it up, the pros of Google are the "food, food, food, food and food."

There are downsides. Some employees complain about heavy workloads, with one saying "work-life balance sometimes suffers," though another says that it "can be intense at times, but [the pressure] drives you". Others warn that contractors can be treated as "second class", saying there isn't as much support for those on temporary contacts as there is for full-time employees.

What's it like to work at Microsoft in the UK? Pretty great, according to the Glassdoor reviews. The Redmond giant has a 4.4 out of five on the review site, with 91% of employees on Glassdoor saying they would recommend the company to a friend, and 98% saying they approve of CEO Satya Nadella. That's good news for job seekers, as Microsoft is currently on a hiring surge, notes Glassdoor.

Here are a few of the reasons former and current employees like working at Microsoft: it's diverse and inclusive, has a great culture, solid benefits, supportive colleagues, good work-life balance, and plenty of opportunities for advancement. A solutions specialist in Reading says it's an "inspiring company to work for" and an "amazing place to grow a career",

There have to be downsides, surely? While plenty of reviewers say there simply aren't any cons to go alongside the pros, there's a few who describe in-office politics and stressful work, with one noting that it's a company still in transition as it moves into modern ways of working. That said, one contractor said the only downside was leaving. "I'd give anything to come back, I made so many good friends and really enjoyed what I was doing each day," said the former staffer in Reading.

This business tech giant may not seem as sexy as Google, but it's ranked almost as highly by employees. Salesforce has a 4.4 out of five rating on Glassdoor, with 90% of British raters saying they'd recommend working there to a friend. CEO Marc Benioff scored a whopping 97% approval rating.

What's to like at Salesforce? One staffer suggested it may well be "one of the best companies in the world", thanks to its great benefits and "fantastic products". A program architect in London said the company is a "huge advocate of employee well-being and constant learning," while another praised Salesforce's commitment to volunteering and philanthropy. How enthusiastic are Salesforce staffers? One account exec who has worked at the company for five years said they never want to work anywhere else. Part of that is down to the corporate culture, centred around it's the idea of "Ohana", the Hawaiian word for family.

One downside is it can be London-centric, according to one account executive, though it does have offices in Reading and Staines. With all those positive reviews in mind, one consultant said the company "verges on a cult", saying it's like a warm bath you'll forget to leave." That sounds alright by us.

The giant German software developer has been moving up Glassdoor's rankings, from 47th overall in the UK in 2018 to #8 in 2020. And it's no wonder why, with a 4.5 out of five rating on the site and 91% of British reviewers saying they'd recommend working at SAP to a friend. CEO Christian Klein has a 89% approval ranking from Brits.

SAP was praised for its inclusive, open and honest culture, with one staffer saying "values are not just written but lived." Others say it has good pay and benefits, a great office and strong on-boarding and mentorship programmes, helping staff to do their best work. Another key benefit is flexible working, offered even before COVID-19 disrupted offices around the world. On the other hand, staff report that SAP can be an intense place to work, with too many internal reorganisations and ensuing staff changes. Plus, some complained about the office location in Feltham being inconvenient — but at least it offers flexible working, so that could help avoid a terrible commute.

You may not have heard of this UK success story, and though it's much smaller than the likes of Google and Salesforce, this tech solutions business tops £1 billion in revenue annually. The Marlow-based company has a 4.5 out of five rating on Glassdoor, with 91% of reviewers saying they'd recommend working at the company to a friend, and 99% saying they approve of CEO Graeme Watt.

Why is Softcat so beloved by its staff? Employees report it has a great office vibe with a fun atmosphere and inclusive culture, that management offers plenty of freedom to your job, and support from the company to help you move up in your career. "This is a true meritocracy," says one team leader in Manchester.

There are a few downsides, notably travelling between the many offices, long hours in particular at the beginning of sales roles, and a need to push for pay raises, but if you don't mind a bit of time on the road and have the confidence to demand a salary boost, this could be the tech company for you.