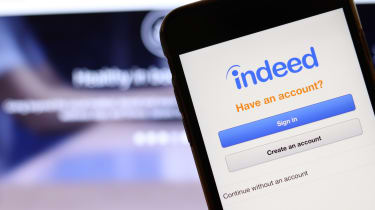 The number of workers searching for tech roles in the UK has dipped over the last two years as the Brexit crisis crescendos ahead of the 31 January withdrawal date.

While the interest in tech roles across Europe has generally boomed, the rate of search for UK jobs has fallen by 3% over two years between the first half of 2017 and 2019, according to hiring platform Indeed.

Searches for roles in Belgium, meanwhile, climbed a staggering 76%, while interest in Portugal rose by 45% and in Sweden by 42%. In fact, of the 11 nations studied by the job-hosting website, the UK was the only country to sustain a decline during this period. "The slowdown in interest for UK tech jobs and the gains being made across Europe coincided with Brexit, suggesting the uncertainty about post-Brexit Britain could be eating into tech workers' desire to work in the UK," said Indeed's UK managing director Bill Richards.

"For employers, this means a squeeze for tech talent and potential challenges attracting workers. We know salary is the most important motivation but people also want to identify and connect with companies whose job opportunities will be the right next step in their career, and whose cultures will enable them to thrive."

Meanwhile, the likes of Holland, Spain, Ireland, France, Germany and Italy all saw a rise in interest of between 26% and 36%, while Denmark saw just a modest 7% rise in searches for tech roles.

The data also showed that US-based workers are far less likely to be looking for roles just across the pond, with the share of American tech workers seeking roles in the UK falling from 17.1% to 13.6%.

By contrast, excluding the UK, the rest of Europe's share of job searches from US workers rose slightly from 8.6% to 9.4%. The UK still remains the most popular destination for US workers regardless of the measured decline, however.

Richards added that this points to job opportunities growing across the tech sector in Europe in line with funding increases. US tech workers are also, more generally, showing signs of wanting to stay in North America. Among the reasons for this are lower salaries between roles in the US and across Europe.

"Overall searches for UK tech jobs may have dipped but there is still much to shout about the sector," Richards continued.

"Britain remains a hotbed for tech innovation, with global investment still pouring in and the country remains a world leader for creating tech unicorns and attracting a high-skilled global workforce."

Despite elements like high foreign investment bolstering the UK's credentials as a tech hub, the spectre of Brexit has certainly affected the health of the overall talent pool and the future prospects for tech skills in the UK.

Research published in August, for example, highlighted that the existing UK skills shortage can be exacerbated by the impact of Brexit.