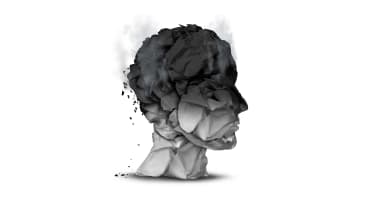 When it comes to the IT talent shortage in the UK, it’s often the beginning of the journey where people focus their attention. Getting young people to pursue careers in the industry is a massive challenge that many companies are working to address. But it’s those at the other end – the experienced and treasured employees – who are walking out in numbers, citing the same reason as the person who left before them: Burnout.

Burnout is an issue that is spreading through the industry at an alarming rate and leaving the top IT talent in mental ruin. They’re frustrated, begging for a change and rapidly losing their passion for the industry.

Just how much of an issue is it? According to the statistics, there’s a good chance most people reading this will have experienced burnout in their tech job and the issue is especially prevalent in the UK.

According to research from Asana from July 2019, 80% of global technology workers will have experienced burnout at least once in the past six months. In the UK specifically, the situation is even worse, with 81% of respondents saying they feel burned out once a month or more.

What is burnout and why should we be talking about it?

David Brudö, CEO and co-founder at Remente started his career as a bright and enthusiastic young graduate eager to assert himself in the world of technology. He was then thrown in at the deep end at a fast-paced entrepreneurial company and the demands of the job soon stole his fervent ambition away from him.

“What really struck me when I first realised I was burned out was that the first thing I thought of when I woke up and the last thing I thought before going to bed wasn’t happiness or gratitude… it was stress and anxiety related to my work situation,” he tells IT Pro. “It completely took over me as a person.”

Life’s little stresses such as family responsibilities can chip away at your mental fortitude and compounding these with workplace stressors can deplete your ability to cope with things, leading to burnout. It’s a serious condition that can take far longer to recover from than it takes to set in, says Brudö.

According to research published in the journal World Psychiatry, there are six areas that, when unbalanced, can lead to burnout: Workload, perceived lack of control, reward (or lack thereof), community, fairness and values.

“Mismatches in these areas affect an individual's level of experienced burnout, which in turn determines various outcomes, such as job performance, social behaviors, and personal wellbeing,” write the paper’s authors, Christina Maslach and  Michael P. Leiter.

Amber Coster, founder of Balpro and previously of AppDynamics, suffered from a devastating case of burnout caused by an inordinate workload she faced during her former company’s acquisition from Cisco in 2017. After feeling sick, nauseous and physically depleted to the point where she couldn’t walk properly, Coster realised her condition was caused by mental ill-health after extensive physical tests showed she was fit and well in body.

“It took a lot of my life away because I could barely leave the house, have relationships and even concentrate on a book or television programme – I just couldn't because my brain was just so scrambled. It was so broken.”

Coster was able to make a full recovery from this debilitating illness, caused by an excessive workload in an environment where she felt showing any sign of weakness would be met with disapproval. She now spends her time running her own company and advising other businesses on how they can prevent their people from going through the same ordeal she did.

What can businesses do?

Enacting a shift in culture is not an easy thing for any business to do, but by doing your best to promote an open and honest discussion of mental health in the workplace and being mindful of the amount of stress your employees are under, you can help keep your workforce healthy.

It’s all about enabling your workforce to do their jobs in the most comfortable way possible, says Brudö, whose company allows its employees to work whatever hours they choose as long as they get the job done that day. If they need to go to a doctor’s appointment or pick their children up from school, they can as long as they make the time up elsewhere.

The constant pressure for modern workers to always be reachable is something that must be eliminated from working culture too. Whether it’s through workplace collaboration platforms such as Slack and Microsoft Teams or just direct phone calls, out of hours contact should be strictly prohibited. Maintaining a work-life balance is imperative when building strong mental health – just because you can contact your workers doesn’t mean you should.

Coster’s experience with burnout was very severe, to the point she started contemplating suicide. However, Coster says her company’s understanding and support lifted a huge weight off her through her recovery and more businesses need to be just as, if not more supportive right now.

Promoting an environment where employees can talk openly and honestly is a powerful tool to prevent mental ill-health from developing. But having people in the business who hold senior positions, such as the C-suite, talk openly about their own experiences with mental ill-health can also inspire others to share their own experiences. It’s one of the many initiatives Coster championed upon her return to work following her illness.

“Once I started talking about my own mental health battles, I hadn’t prepared for the number of quite frankly harrowing stories that came back – I didn't think that there was going to be such a strong reaction,” she says. “It's really sad that's the case, but it's also really great because it shows that you're able to really make a difference and that you're creating an environment where people feel comfortable starting to open up.”

Mental health awareness training for line managers can also be useful, so they can spot early signs of things getting difficult for the employee. By spotting the warning signs early, the employee may avoid periods of ill-health while the business benefits from having that person in the office, rather than on sick leave.