Only one in five of ICT graduates are female 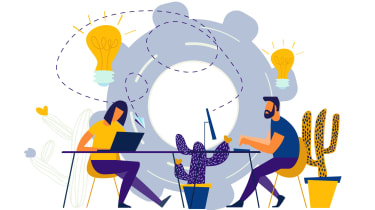 Women employed in the technology industry earn 18% less than their male counterparts, a report by PwC has found, suggesting more work needs to be done to address the gender pay gap.

According to this year’s Women in Work Index, women make up 23% of the boards in technology, media and communications (TMT) in the G7 countries - the highest proportion was in France, at 38%.

Overall, women comprise 30% of the tech industry, while only one in five of ICT graduates are female.

The report outlined some of the challenges faced by women in the technology sector, such as gender biases, often stemming from the lack of female role models, which could also be attributed to women not having “the same access to core, creative technical roles as men”. Instead, female tech employees were “more often clustered into execution and project management roles”.

On the other hand, women were less susceptible than men to lose their jobs due to automation. However, that is mostly attributed to the fact that women are more often employed in the sectors such as health and social care, which are less automatable than male-dominated sectors, such as transport and manufacturing.

Researchers at PwC also found that women tended to lack the necessary technical knowledge, such as STEM-related skills and numeracy, “despite no gender differences in ability for learning these skills”, suggesting that the reason behind this might be cultural. They added that companies should be “promote opportunities for women and improve female representation in tech” by promoting inclusivity in the workplace, recruiting more female employees, and helping train the next generation of women in tech.

“That's one of the reasons why the Sky [Women in Tech] Scholarship happened,” said Rachel Clancy, a recipient of the 2019 scholarship. “They were trying to figure out as many avenues as possible to combat that gender imbalance.”

Clancy agrees that the technology sector is male-dominated, that is why she focuses on working with other women when developing her game, Get Closer. The Sky Women in Technology Scholarship was launched in September 2017 and provides its scholars with £25,000 to develop their ideas.

“There are too few women working in technology,” said Jeremy Darroch, group chief executive at Sky. “This is a problem that needs resolving, and we’re fully committed to finding that resolution.”