#ChangeTheFace aims to combat lack of representation in tech industry 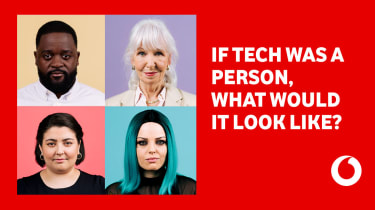 Vodafone has announced the launch of #ChangeTheFace, an industry-wide initiative meant to increase diversity and equality in technology workspaces, with Nokia and Ericsson as its first supporters.

The initiative follows a Vodafone survey which found that only 13% of women in the UK believe that jobs in the technology industry are welcoming to female candidates.

#ChangeTheFace allows businesses to “make their own pledge to address inequalities and eradicate bias and discrimination in the sector”, the company claims. The initiative will also reward “champions of inclusion” at the #ChangeTheFace Awards, which is scheduled to happen in 2021. However, it was not specified how the businesses will be held accountable to deliver on their promises.

Vodafone itself aims to hire 1000 women who are returning to the workplace from a lengthy absence by the end of the year through their ReConnect programme. The company also pledged to increase diversity and inclusion within its supply chain by joining global supplier diversity initiative WEConnect International in order to connect with more women-owned businesses.

Along with #ChangeTheFace and ReConnect, Vodafone also released a revision of the Future Jobs Finder, an online tool which aims to match its users to their perfect digital job with the help of psychometric tests.

“At Vodafone we are committed to being the best employer for women by 2025 and as part of this we are calling on the industry and suppliers that we work with to act now to bring more diversity to their organisations,” said Nick Jeffery, CEO at Vodafone UK.

“By reducing stereotypes and encouraging everyone to think about the different faces of our organisations, we can really start to make progress. I’m proud to say that we now have a 50:50 gender-balanced UK board and will continue to prioritise inclusivity across every part of the business”.

According to this year’s Women in Work Index, women make up less than a quarter of the boards in technology, media and communications (TMT) in the G7 countries.