The neurodiverse population might not only help fill the skills gap, but bring a raft of unprecedented benefits – and big names like SAP and IBM are already taking note

While technology is transforming the way we work at what feels like an ever-increasing pace, there’s one seemingly intractable problem holding it back: the tech talent crisis.

According to a recent study by Harvey Nash and KPMG, the tech talent shortage is at the highest level now than it has been since 2008. Skills in data analytics, cyber security, artificial intelligence and transformation are particularly scarce – and these shortages act as a bottleneck to growth.

Many businesses are already beginning to feel the pain from this. 65% of respondents to the Harvey Nash and KPMG survey said that hiring challenges are hurting the industry. Left without action, the issue will only amplify; according to research carried out by Korn Ferry in 2018, there will be a global shortage of 4.3 million tech workers by 2030. The United States, currently the world’s leading technology market, can expect to lose out on $162.25 billion (£130.6 billion)as a result. China, meanwhile, could miss out on $44.45 billion (£35.78 billion), and the UK will fail to realise almost 9% of the sector’s potential revenue.

Despite this burgeoning problem, there’s a large group of individuals that have the skills to fill these jobs, but that have been largely overlooked by the industry to date: the neurodiverse population, specifically those with autism.

Autism affects more than one in 100 people in the UK, according to Autism UK, and it is estimated that around one in seven people (more than 15% of the population) are neurodivergent – a broad term that refers to people who have autism, ADHD, dyspraxia and other neurodevelopmental conditions.  “Unfortunately, unemployment and underemployment for these individuals can run as high as 80%,” explains Thorkil Sonne, the founder and chair of Specialisterne Foundation, a not-for-profit organisation that is working across the world to help neurodiverse people achieve core functions in the labour market.

The traditional recruitment and selection process is the biggest barrier for neurodiverse adults in entering the job market. Conventional recruitment processes typically use the interview as a means to gauge a candidate’s suitability for a role, but this only really tells the employer how well someone can sell themselves and build rapport in a short window of time – very unreliable markers for the neurodiverse, especially those with autism.

“Job interviews can cause extreme fear and anxiety for someone on the [autism] spectrum and adversely affect how the employer sees that person,” says Julie Robertson, CEO at Specialisterne Australia. “We find that many autistic adults won’t even apply for jobs that they are well-suited to purely because they know they have difficulties with the interview process.”

Sonne agrees: “Many neurodiverse people don’t have the social skills to do well in a job interview – they really struggle to impress an employer because they can’t effectively communicate their strengths and they struggle to make eye contact,” he explains. “They often play down their abilities because they set the bar higher than neurotypical people – to some, anything short of perfection is unacceptable.”

Despite this, Sonne believes that neurodiverse people, especially those with autism, are perfectly placed for the technology sector.

Sonne has first-hand experience of why this might be the case. In his previous role as technical director of a Danish software venture, he faced multiple challenges in sourcing the right talent. “We really struggled to find people with good memories, superior recognition skills, great attention to detail, high accuracy in repetitive tasks, who were honest and straightforward and who had a pride in what they were doing,” he explains. “But these are common traits of those who are neurodiverse. In fact, autistic people could actually have an advantage over many neurotypical people when it comes to many of these skills.”

With all this in mind, Sonne is working hard to effect change. He set up Specialisterne, which translates from Danish as “The Specialists”, in 2003 to create meaningful job opportunities for neurodiverse people.

“We work to support neurodiverse candidates in a number of key ways,” explains Peter Brabazon, CEO and general manager at Specialisterne Ireland. “We identify and assess candidates to get a full understanding of what they can or can’t do. We then work with employers to create neurodiverse-friendly interviews that are competency-based. Once a candidate is accepted, we make sure we identify a buddy or mentor that can support them. We also provide ongoing support for candidates in the months and years that follow.”

The ripple effect of excellent EX

Robertson says what’s key is to take a patient approach to observing the talents, passions and skill sets of candidates over a period of weeks. “This enables the employer to interact with candidates to observe and foster the skill sets and traits they are looking for in their employees, which makes for a more informed hiring decision,” she explains. “Equally, the candidate comes to learn more about the job role, work environment and team to enable them to make a more informed decision about the suitability of a position for them.”

Specialisterne’s efforts are already paying off. Today the organisation has a presence in 12 countries across the globe and is working with a large number of partners including the United Nations and the World Economic Forum to fulfil its mission to facilitate one million jobs for the neurodiverse.

Steady progress is already being made towards this goal. One of Specialisterne’s biggest clients is global technology firm SAP, which, through its Autism at Work programme, has committed to filling 1% of its workforce with individuals on the autistic spectrum.

“Our candidates, now employees in SAP, have shown and continue to show great loyalty to the company and are highly committed workers with a wide range of skills and talents,” said Brabazon.

IBM, meanwhile, has been working with Specialisterne teams across multiple countries. “We have had a long association with IBM both globally and in Australia,” says Robertson. “Following on from a successful programme in the USA, IBM partnered with Specialisterne Australia to run the IBM Neurodiversity Program at the Client Innovation Centre in Ballarat, Victoria. There were 10 various roles in IT identified including testing, developing, data analytics and business analytics. Across Australia there was massive interest from autistic jobseekers in these roles. The candidate’s skills were assessed over three weeks with various hands on activities including a pre-selection activity created and administered by IBM.”

And software engineering and technology firms Nagarro and Tricentis have been working with Specialisterne Austria to train neurodiverse talent for jobs in software testing. They’ve created an eight week programme which prepares candidates – some of whom may not have any prior experience in IT – for an internationally recognised ISTQB certification, among others. The programme is now in its fifth year and is seeing a placement rate of 80% and over.

These industry pioneers are quickly realising the great benefits that neurodiverse teams can bring to their organisations.

SAP reports examples of neurodivergent employees participating on teams that generated significant innovations, including someone who helped develop a technical fix worth an estimated $40 million (£32.2 million)in savings. A programme at HPE, meanwhile, suggests that the organisation’s neurodiverse testing teams are 30% more productive than others.

That’s not to mention a pilot at multinational professional services firm EY, which compared the work generated by neurodiverse and neurotypical account support professionals. Quality, efficiency and productivity were comparable, but the neurodiverse employees excelled at innovation. In the first month, they identified process improvements that cut the time for technical training in half. They learned how to automate processes far faster than the neurotypical account professionals they trained with. They then used the resulting downtime to create training videos to help all professionals learn automation more quickly.

“Our experience shows that neurodiverse teams can prove to be an incredible asset, driving business value in places that strive for excellence and innovation,” says Christine Krautzer, managing director at Specialisterne Austria. “Businesses benefit by finding a perfect match for an open position, but they are also very likely to see increases in productivity in the team overall. The onboarding of neurodiverse talent can furthermore lead to a minimisation of errors, process optimisations and thus cost savings. The individual is meanwhile empowered to lead a self-determined, economically independent life. It's a clear win-win and with regard to UN’s sustainable development goals of inclusion and greater equality to labour market access, it is also a powerful result for society as a whole.”

Clearly great progress is being made – and an increasing number of technology firms are opening their eyes to the benefits of hiring neurodiverse employees. However, Sonne believes that there is still a lot of work to be done.

“In general, businesses are still very laser-focused on social skills when it comes to employees,” he says. “This needs to change. Instead of training autistic people to behave like non-autistic people, we are working on changing the labour market to make it more inclusive and adaptive for the benefit of all. We want businesses to understand that, given the right support, a neurodiverse adult could not just hold down a job, but be the best person for it. The adoption of neurodiverse teams could also help many technology firms to avoid a potentially devastating talent shortage in the years to come.” 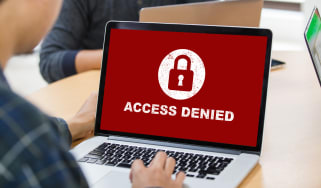 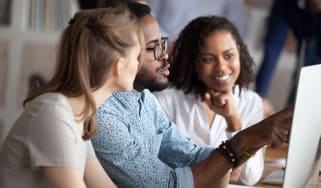