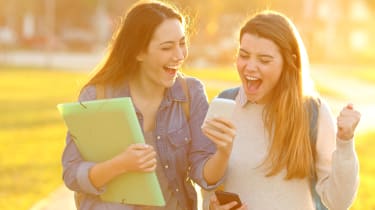 More female students in the UK had chosen to take this year’s Computing A-level than ever before, with an increase of 21% since last year, according to data from the Joint Council for Qualifications (JCQ).

Over the last five years, the number of female students choosing the Computing A-level has seen a significant increase, from 456 in 2015 to 1,797 this year.

Overall entries for A-level Computing increased by 12% this year, with the BCS, The Chartered Institute for IT finding that a record number of students totalling 21,000 were admitted to Computer Science degree courses through UCAS.

According to the BCS, this also contributed to narrowing the gender gap by 1.3% from 2019 to 2020 as well as increasing applications from women by 12% compared to 0.9% for men.

Women now constitute 15% of all entries to the subject, the professional body for IT found, and with overwhelming success. More than a third (34%) of women achieved an A or A* in Computing, compared with over a quarter (26%) of men, despite around 36% of young people having their grades marked down because of the unprecedented evaluation system implemented due to the pandemic.

Commenting on the findings, BCS director of Education Julia Adamson said that the popularity of the subject "continues to grow" and "rapidly increase its appeal amongst female students", adding that women "are historically an under-represented group in tech".

"This should, in turn, broaden and enrich the pipeline to further study and employment in computing-related fields. However, female students only account for 15% of overall entries to Computer Science A-level, so there is still a lot more work to do," said Adamson, before adding that the record number of students being accepted to universities to study computer science positive news, as "the UK economy is increasingly relying on tech to turbocharge its recovery".

BCS president Rebecca George called for "innovation in IT and tech to be driven by professional, highly competent, ethical and diverse teams consisting of talented men and women from a range of backgrounds".

"It is essential that we turn their [female students’] demand for academic study of tech and digital subjects into strong progress on diversity and inclusion when they get to the workplace," said George.