London crowned best city to study tech outside the US 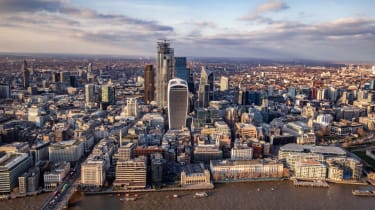 London has been named the best capital city outside the US in which to be a young tech professional or a student.

The capital was ranked highest among 30 other cities across the world, closely followed by Berlin in second place, and Jerusalem in third.

Researchers at Business Fibre assessed each city based on the number of top universities offering technology and engineering courses, the total number of tech companies and employees, monthly living costs for residents, and how much investment has been funnelled into tech research.

“With technology arguably being the fastest growing and most profitable industry in the world, we wanted to find the best cities in the world to be a tech student as well as the top cities funding technology-related research,” said Business Fibre’s Ian Wright.

“It’s clear from the research that London, Berlin and Jerusalem are the best cities for students, while Seoul and Bern join Jerusalem at the top for investing in technology-related research. For those who don’t want to spend a ton of money on their education, Seoul National University is a great option that offers a lower living cost while still having a good global university ranking.”

London currently hosts the highest number of universities with courses in technology & engineering (36), far in excess of its nearest rivals Berlin (25) and Paris (21).

This, combined with 2.4 million tech or STEM employees and roughly 509,000 tech companies, both of which are the most of any other country, resulted in an indexing score of 6.49, the highest of the 30 cities.

This is despite relatively low total tech investment, with London’s total research spending as a percentage of GDP hovering at just 1.6% – placing it tenth among the top 20 indexed cities for this area. This won't come as a major surprise, particularly as the UK boasts a number of tech hubs based outside of London. For example, Cambridge is known to receive four times the amount of tech investment per head as London.

Jerusalem, meanwhile, ranked as number one on tech spending, committing 4.8% of GDP to R&D.

London, despite its already healthy position, will have received a further boost in recent days with further opportunities coming to the capital. Microsoft, for example, last week announced plans to help 1.5 million Brits build careers in tech by 2025.