LinkedIn’s CEO steps aside after 11 years in charge 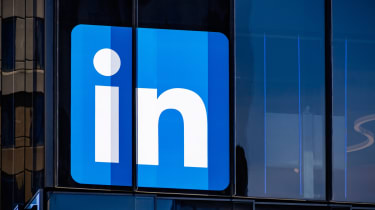 LinkedIn CEO Jeff Weiner is stepping down from his leadership role later this year, with the firm’s senior vice president of product Ryan Roslansky taking up the post from 1 June.

Weiner will step aside after 11 years in charge of the workplace social networking firm, after successfully growing the company and overseeing its acquisition by Microsoft.

He will shift over to become the company’s executive chairman, a role that will involve supporting the leadership team more broadly.

His replacement, Roslansky, will report into Microsoft’s CEO Satya Nadella, just as Weiner has done since the firm was bought out in 2016 for $26 billion. The senior vice president of product, who has been at the firm for more than ten years, has overseen building LinkedIn’s influencer programme and publishing platform.

“While I’ve been thinking about the timing of this transition for some time, over the last year or so, several factors converged that led me to conclude now is the right time to make this change,” Weiner wrote in a LinkedIn post.

“Most importantly, after working with Ryan for nearly two decades, spanning two companies and countless roles, it’s become clear to me that going forward, his vision, drive and passion are exactly what the role requires.”

Weiner said that his role as executive chairman will allow him to hold a more top-level influence position and contribute to business strategy, product vision, and general advice, much in the same way that LinkedIn founder Reid Hoffman performed the role.

Tomer Cohen, meanwhile, will take over from Roslansky’s current role as the company’s product lead, having helped to shape LinkedIn’s product ecosystem strategy.

“I’m taking on this new role of CEO because I believe deeply in what we are doing, how we are manifesting our vision, and where this company can go,” Roslansky wrote in his own LinkedIn post. “And the best part about it is that I truly believe we’re just getting started.

“Over my 10+ years at LinkedIn, I’ve been fortunate to work on every part of our product ecosystem - spanning the largest global professional social network and the six distinct businesses built on top of it.

“To say I am humbled to lead this company into the future would be an understatement.”

LinkedIn has undergone several changes in the last few years, most recently migrating to Microsoft’s Azure platform in July 2019. The move involves shifting all workloads from LinkedIn’s own data centres to Microsoft’s public cloud platform, and will take multiple years to complete.

Microsoft has also previously outlined plans to integrate the social networking platform with its other products, namely Office and Outlook.