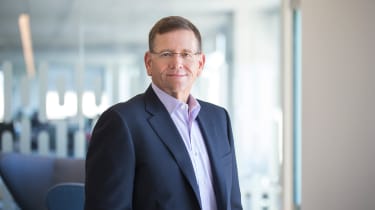 Goeckeler will leave networking giant Cisco to join the firm as its new leader, having served as executive vice president and general manager for its networking and security business. This division has been valued at $34 billion.

One of his last actions with Cisco was overseeing the release of smart troubleshooting functionality for monitoring applications in January, at the firm's flagship Cisco Live event.

Western Digital’s former CEO announced he was retiring in October having been with the firm since 2002 and having occupied a leadership role since 2013. He also occupied senior roles with Hitachi from 2007, before rejoining Western Digital in 2012 when it acquired the company.

Joining the firm from Monday 9 March, Goeckeler said the entire industry is now at an exciting inflection point. This, he added, involves all organisations deploying infrastructure that’s software-driven, and powered by data and cloud computing, hinting at the possible direction he may take Western Digital in.

“This megatrend has only just now reached an initial stage of adoption and will drive a massive wave of new opportunity,” Goeckeler continued. “In this IT landscape, the explosive growth of connected devices will continue fueling an ever-increasing demand for access to data.

“With large-scale hard disk drive and semiconductor memory franchises, Western Digital is strongly positioned to capitalize on this emerging opportunity and push the boundaries of both software and physical hardware innovation within an extremely important layer of the technology stack.”

“With experience as a software engineer as well as running large semiconductor development projects,” he continued, “his breadth of technology expertise, business acumen and history of building and operating world-class organizations make him the right person to lead Western Digital in a world increasingly driven by applications and data.”

Milligan will continue to serve as an advisor to Western Digital until September this year, as originally planned.