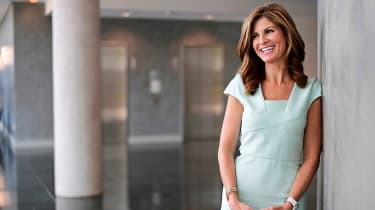 SAP will part ways with its co-CEO, Jennifer Morgan, a matter of months after she took up the mantle alongside Christian Klein following the departure of former chief Bill McDermott last October.

The ERP software giant has restructured to adopt a ‘sole CEO model’, which means Morgan, who has been at the company in various capacities since 2004, has been squeezed out. The co-CEO will depart the company on 30 April.

The changes have come in light of “the current environment” which requires the company to take “swift, determined action” supported by a clear leadership structure.

“With unprecedented change within the world, it has become clear that now is the right time for the company to transition to a single CEO leading the business,” Morgan said.

“I would like to thank Hasso Plattner for the opportunity to co-lead this great company, and I wish Christian, the Executive Board, and SAP’s talented team much success as they drive the company forward.”

The decision to part ways with the SAP veteran comes amid the ongoing coronavirus pandemic, which is wreaking havoc in all sectors across the global economy, including major IT and tech companies.

The PC market experienced its sharpest decline since 2013, for example, in the first quarter of 2020. The crisis has also shut major deals, such as Xerox’s persistent efforts to buy out HP.

SAP, incidentally, has sustained growth in revenues and profits during the first quarter of 2020, suggesting the sudden move to restructure its leadership is precautionary. The strong showing is headlined by a 7% rise in revenue.

However, the company has conceded the decision to shift its leadership model has come “earlier than planned” as it needs to focus on ensuring continuity, and unambiguous decision-making, during the crisis.

“It’s thanks to her that we have established a strong position in experience management solutions. I know she will always be a champion of SAP.”

Morgan joined SAP in 2004 and was appointed co-CEO with Klein in October 2019 when McDermott left. He now serves as the chief of the cloud software company ServiceNow.